A family member of Lois Azurfa John, a student who was kidnapped on the Kaduna-Abuja train on March 28, 2022, has asked well-meaning Nigerians to pray for her rescue. John is a 21-year-old student.
When terrorists ambushed the Kaduna-bound AK9 train in March 2022, the 300-level student from Kaduna State University and her cousin Peace Aboi, 28, were among the victims who were taken. 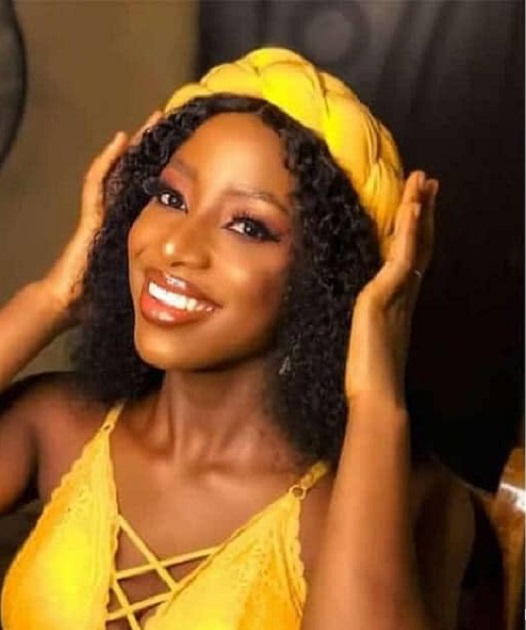 Azurfa John is still being held captive, but Peace was one of the eleven captives who the terrorists freed last month.
According to Moses, her brother, the 21-year-old is the fourth child and only girl among her four brothers.
In 2020, both of their parents had died within a two-month span, and Moses has since taken on the role of a father figure.
“She was on holiday in Abuja due to the ASUU strike. I had asked her to come over to Kaduna and start up a trade because the ASUU strike was taking longer than usual,” Moses earlier told journalists.

A family member, Lucky John shared her photo on Facebook moments ago calling for prayers.

“Azurfa needs our prayers, please let’s pray for her safety in the hands of the terrorists. I believe you are safe anywhere you are.” he wrote.