Tinubu-Shettima: When in the United Arab Emirates, several Nigerians criticising the APC dress in Muslim attire 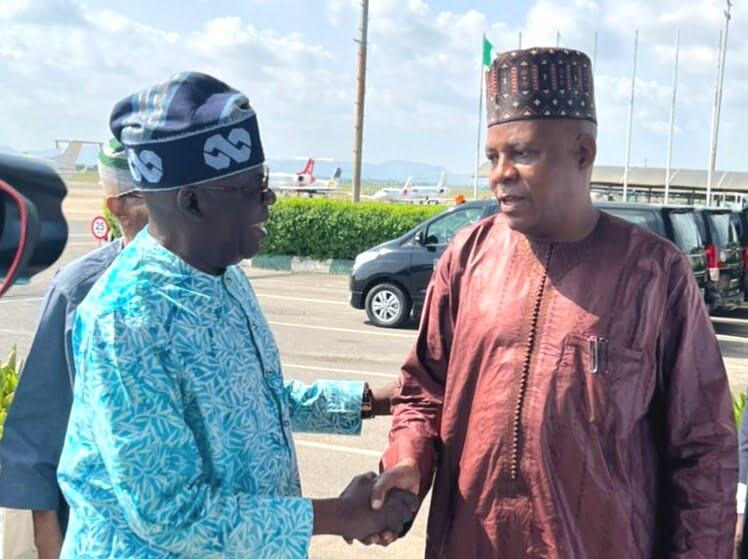 Nkiruka, a social media user, made fun of people who were protesting the Bola Tinubu-Kashim Shettima ticket.
According to the platform of the All Progressives Congress (APC), the politicians are vying for the presidency in 2023.
The ruling party and the candidates are under fire from opponents and several Nigerians because of their alliance.
Because the former governors of Borno and Lagos are Muslims, critics claim that the APC ticket is unbalanced.
The backlash from Tinubu and Shettima's followers asserts that skill, not religion, should be the deciding factor.
Twitter user @nkyru reacted by attacking individuals who were criticising the Muslim-Muslim presidential ticket.
Nkiruka noted that such persons go to the United Arab Emirates (UAE) and put on Islamic attires.

“Some Nigerians are questioning Muslim-Muslim ticket by APC. Same Nigerian will go to UAE and even dress like a Muslim oooh!”, she tweeted.

The comment has stirred a hornet’s nest with strong and divergent responses.

“What has wearing abaya got to do with questioning Muslim-Muslim ticket?”, @Misstoruja asked.

“Your analogy, -and I shudder to use the word analogy because your tweet is anything but- is as good as saying because there was a plane crash you won’t take okada anymore.”

@Yale_Lad wrote: “Nkiru so in your small world the entire Northern Christian population in a pluralistic society like Nigeria doesn’t have a competent person.

In support of the tweet however, @afolabiolusola2 replied: “They want Tinubu to pick Christian so that he can lose.

“They want Tinubu, Muslim in the South (minority) to pick Christian in the north (minority) so that Atiku go win easily. Because Obi can never win and he knows.”

On Monday, Tinubu and Shettima met at the Abuja airport. They are anticipated to attend the APC campaign's grand finale before the governorship vote on Saturday.