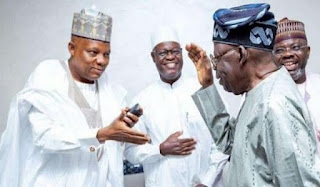 Kashim Shettima, the All Progressives Congress (APC) vice presidential candidate for 2023, is set to be officially unveiled.

Bola Tinubu, the presidential candidate, had previously announced Shettima as his running mate.

On Wednesday, the former Borno governor and senator will be introduced to the Nigerian people.

Sulaiman Argungu, National Organising Secretary of the APC, announced this in a statement on Tuesday.

Others include APC State Chairmen, Secretaries, and Organising Secretaries, as well as presidential candidates at the June 2022 Special National Convention.