A Kuje Escapee was recaptured by Police in Suleja, Niger State 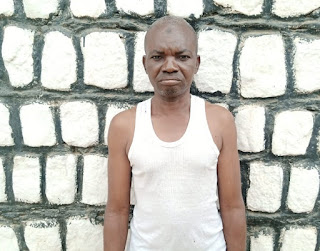 According to the Niger State Police Command, while on patrol in the Suleja region of the state, police officers assigned to 'A' Division Suleja apprehended Kazeem Murtala, 54, who had escaped from the Kuje Correctional Center in Abuja.

Police officers assaulted a compound near the General Hospital Suleja-Bakasi Area of the town based on reliable intelligence.

The event happened on September 7, 2022, at around 8:30 p.m., according to a press release produced by the command and provided to newsmen on Monday in Minna by its Police Public Relations Officer, Mr. Wasiu Abiodun.

The statement went on to say that the prisoner allegedly admitted to escaping from Kuje Custodial Center while being questioned.

In the meantime, Monday Bala Kuryas, the commissioner of police for the Niger State Command, issued a directive ordering the immediate transfer of the prisoner to the detention facility.

According to DSP Abiodun, the police boss both thanked the public for providing the police with this information and asked them to continue making efforts to combat crime and criminality in the state.