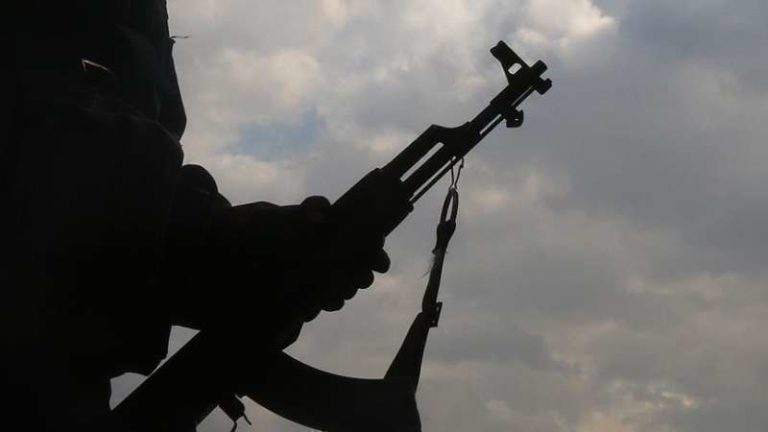 One of the two Catholic priests abducted by gunmen in the northern Nigerian state of Kaduna has been shot dead by their kidnappers, the Church says.
The other was freed after a ransom was paid, the head of the Kaduna state branch of the Christian Association of Nigeria, Rev John Joseph Hayab, told the BBC.
In a statement, the Church said the “decomposing” body of Rev Father John Mark Cheitnum was discovered on Tuesday.
It described the killing as “gruesome murder”.
The Church said the cleric was shot dead on Friday – the day he was abducted.
However, Rev Father Donatus Cleopas, who was freed, has been reunited with his family.
The Christian clerics were seized at gunpoint at a rectory in the village of Yadin Garu in Kaduna after having travelled there for a church event.
The kidnappers had demanded a large ransom while the police had said efforts were under way to rescue them.
Rev Hayab told the BBC that a ransom was paid after negotiations – though not the amount originally demanded – and the kidnappers then said where Rev Cheitnum’s body could be found.
Since May, around a dozen Christian clerics – most of them Roman Catholics – have been abducted by gunmen across Nigeria.
At least three of them have been killed by their captors.
Hostages are usually released after ransom payments.
This is happening at a time Nigeria grapples with a wave deadly violence by armed gangs.
Thousands of civilians have either been killed or abducted for ransom since the beginning of this year alone – mostly in the north of the country. President Muhammadu Buhari’s government is facing increasing criticism for failing to tackle the widespread insecurity.
Chima Ugo is a patriotic Nigerian, a journalist, blogger and singer who is so much interested in the internet, journalism, and blogging and have been for half a decade.