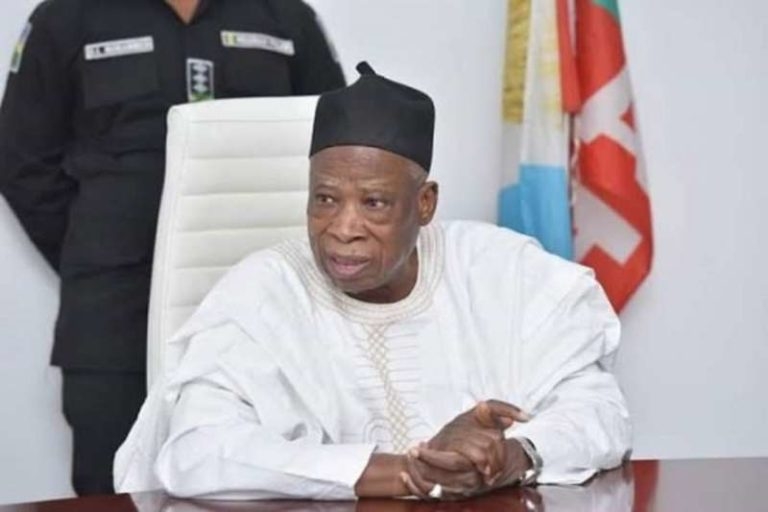 The National Chairman of the All Progressives Congress (APC) Senator Abdullahi Adamu explained why the party lost the July 16 Osun governorship election to the Peoples Democracy Party (PDP).
Ademola Adeleke of the PDP defeated Governor Gboyega Oyetola of the ruling All Progressive Congress (APC).
Adeleke secured 403,371 votes while Oyetola trailed behind with 375,027 votes.
Adamu, in an interview with BBC Hausa, said the crisis within the party caused APC’s defeat, noting that the party had the capability of winning.
He said: “We lost the race not because we are incapable but because of the crisis within. We had a massive gathering of supporters a few days before the election in Osogbo. No one could ever anticipate that we would lose the election.
“Osun defeat doesn’t in any way mean that we will lose at the general election. We only lost one state out of the 22 we have; you see, we are still strong.
“We will sit and check ourselves. We must ask ourselves what is right and wrong and what needs to be corrected.”
Chima Ugo is a patriotic Nigerian, a journalist, blogger and singer who is so much interested in the internet, journalism, and blogging and have been for half a decade.