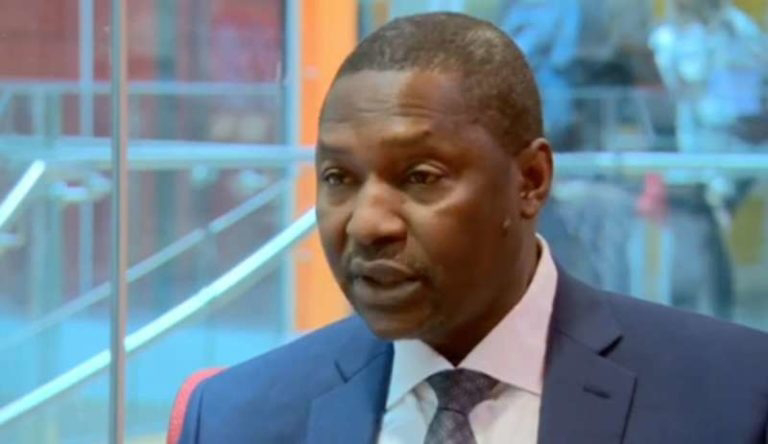 A lawyer, Victor Giwa, on Thursday urged the Attorney-General of the Federation (AGF), Abubakar Malami, to prosecute a civil servant, Asabe Waziri, over allegations bordering on false information.
This is contained in a letter written to the AGF by Giwa in Abuja.
Giwa alleged that Waziri misled the office of the AGF into filing a N130 million fraud charge against his client, Cecil Osakwe, the managing director of Abeh Signatures Limited, a property company.
Osakwe was said to have been sued for fraudulently collecting the sum of N130 million from Waziri for a property in Maitama area of Abuja.
But in the letter dated July 13, the lawyer alleged that Waziri had been using the name and the office of the AGF to harass and intimidate his client.
“It will be invidious and odious to speculate that Ms Asabe Waziri, in conjunction with her cohorts in the Ministry of Justice, is using the Ministry of Justice to pursue her personal vendetta against our client all in a bid to embarrass and damage our client’s hard earned reputation.
“However, we are fully aware that you will not allow your office to be used as an instrument of settling personal scores.
“We further believe you will take the appropriate steps when such anomalies are brought to your attention.
“We therefore appeal to you that you do not allow Asabe Waziri with her accomplices to abuse the office of the ATTORNEY GENERAL OF THE FEDERATION by using it to continue to harass and intimidate honest citizens who are using their hard earned resources to provide the much needed employment to Nigerians,” he said.
Giwa, therefore, demanded that the charge, which he described as “frivolous and baseless” against his client be withdrawn.
He also demanded thorough investigation of the incident with a view to punishing the perpetrators.
Besides, he asked that Waziri be prosecuted for giving false information to the ministry.