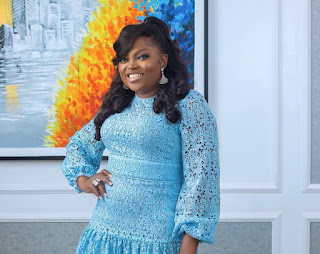 Nollywood actress Funke Akindele has announced that she is suspending her acting careers in order to serve as Olajide Adediran's running mate for the Lagos PDP governorship.

The actress said in a video that was uploaded to her Instagram page that she had to "necessarily put on hold" her acting career.

She claimed that she had to make this sacrifice in order to "save" the residents of Lagos State.

"I am not oblivious of the cost of this assignment on my thriving career, which I must now unavoidably put on hold," Akindele added.