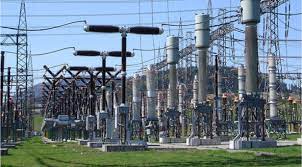 Guinea will be able to increase access to electricity thanks to a $66.39 million support package that the African Development Bank (AfDB) has approved.
The funding package consists of a $4.17 million grant and a $9.37 million loan from the Transition Support Facility and a $24.13 million grant and a $28.72 million loan from the African Development Fund, the AfDB's concessional arm.
The Sustainable Energy Fund for Africa, hosted by the Islamic Development Bank, the French Development Agency, USAID, through the Africa Energy Program, and the Guinean government all contributed financial support to the project.
The construction of 797 medium-voltage lines, 47 mixed-line kilometers, 984 low-voltage kilometers, 21 high-voltage and low-voltage substations, and 128 H61 substations will connect 40 locations around the nation (transformers whose power varies between 50 and 160 kVA). Additionally, the initiative will deliver 37,367 kits for household connections.
In the Haute-Guinée region, the project will encompass the major cities and nearby communities of Kankan, Kérouané, and Siguiri, and in the Guinée Forestière region, Nzérékoré, Beyla, and Lola. In relation to the rest of the nation, these areas are among those having relatively limited access to electricity. They have 1.2 million people living there (52.1 percent women).
Additionally, the project will directly benefit nearly 100,000 people, including 72,112 new subscribers, who are made up of households, women's associations, health facilities, educational institutions, and enterprises.
According to Léandre Bassolé, the Guinea Power Access Improvement Project will increase access to regular, dependable, and less expensive energy services, which will enhance people's quality of life and the productivity of beneficiary businesses.
“In addition to the deployment of electricity infrastructure, the project will support reform initiatives in the electricity subsector and capacity building for its stakeholders. It will also promote the productive use of electricity by providing women’s groups with equipment to increase their productivity.

“Lastly, public lighting will increase security and give women more time in which to conduct their commercial activities and schoolchildren opportunities to improve their academic performance”, he said.

The Bank's net commitments to Guinea have increased by three times in the last ten years. Its present portfolio consists of 21 businesses with a combined value of about $625 million. Infrastructure for energy and transportation is given special attention (65,7%), with the goal of enhancing regional integration.
The remainder of the investments are in mining (15.9%), government (6.7%), agriculture (4.2%), the environment (3%) and the social sector (2.6%). (1.9 percent).
The development of agro-industrial value chains and expanding access to energy serve as the foundations of the AfDB's country plan for Guinea.
Similar to this, Kenya has been granted a €63 million loan from the Bank to increase output of grains and oil seeds by over 1.5 million metric tons over the next two years. The increased output will support the country's food security and economic resiliency.
The loan is a component of the $1.5 billion African Emergency Food Production Facility, a pan-African effort to stop a coming food crisis made worse by the conflict in Ukraine.
The Ministry of Agriculture, Livestock, Fisheries, and Cooperatives will benefit from its assistance (MoALFC). It will make it possible for the government to quickly get seeds and fertilizer to farmers in time for the short rains of October to December 2022 and the long rains of 2022 to 2023.
To increase productivity, the effort involves providing 650,000 farmers with approved seeds, fertilizer, and agricultural extension. The adoption of an electronic voucher system will make sure that input subsidies are "smart."
In order to ensure that farmers have access to sufficient quantities of fertilizer, another project component will offer trade finance guarantees and leverage the private sector. The programme, which targets smallholder farmers, will increase access to staple foods while also helping women and young people in particular.
"We are thrilled to announce the Kenya African Emergency Food Production Facility," said Dr. Beth Dunford, vice president of the AfDB for agriculture, human, and social development. Approximately 650,000 farmers will directly benefit from the Facility's successful implementation, which will result in the production of 1.5 million tonnes of grains and oil seeds. An estimated 2.8 million people will benefit from the Facility overall.
Peter Munya, cabinet secretary for the MoALFC, stated in his speech that the government is looking into measures to reduce the price of "unga" (maize flour) so that customers may afford it.
Although its percentage of the GDP has recently decreased, the agriculture sector still serves as the foundation of the Kenyan economy, providing jobs for 70% of the rural population and around 65% of export revenues.
However, in addition to the inflationary effects of the war in Ukraine, Kenya and other nations in East Africa and the Horn of Africa have also been severely impacted by locust swarms, climate- and drought-related repercussions.
According to estimations, the proportion of people living in food insecurity increased by 48% between August 2021 and February 2022 in the pastoral and peripheral regions of the nation.
The Covid-19 outbreak and these converging shocks have slowed Kenya's progress toward meeting the sustainable development goals.