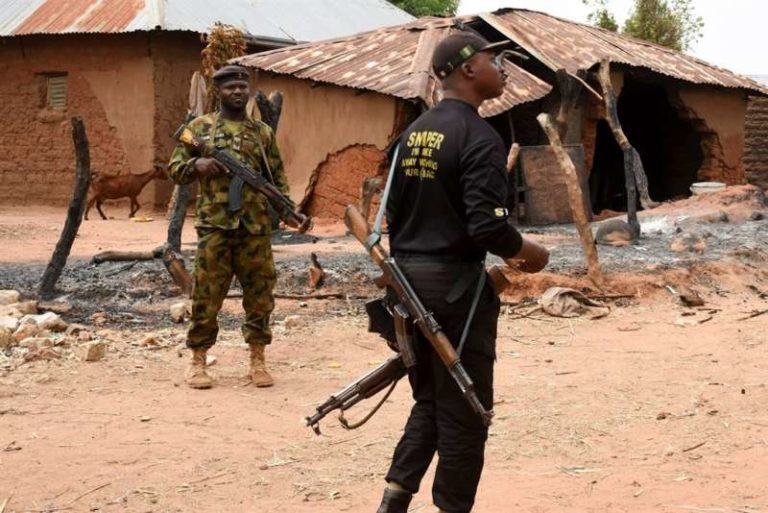 Amnesty International has called on the Nigerian authorities to probe the death of seven young men in the country’s restive southeast, where separatist tensions are on the rise.
Operatives of a government-backed security unit called Ebubeagu are alleged to have killed the seven on Sunday in the Oru area of Imo state, Amnesty said in a statement on Tuesday.
The watchdog said the victims had gone to attend a wedding and were returning from the ceremony when they were shot dead.
Director of Amnesty International Nigeria, Osai Ojigho, said: “It is horrifying that unarmed young men who clearly posed no threat to anyone were gunned down, in utter disdain for the right to life. Such killings cannot be justified under any circumstances whatsoever.”
Amnesty called for an investigation, prosecution of those responsible and compensation for the victims’ families.
Nigeria’s state security services, known as the DSS, has claimed responsibility for the killings.
But it said the men were not coming from a wedding as claimed but were members of ESN, the militant arm of the outlawed Indigenous People of Biafra (IPOB).
It said the ESN members had opened fire on DSS operatives who had tried to flush them from their hideout, where they had gathered to plan an illegal operation.
IPOB agitates for an independent state for the ethnic Igbo people of southeast Nigeria.
Southeast Nigeria has seen a surge in violence blamed on IPOB or its armed wing in recent months.
More than 100 police officers and other security personnel have been killed since the beginning of last year in targeted attacks in the southeast, according to local media tallies.
Prisons have also been raided with scores of inmates freed and weapons stolen.
IPOB’s leader Nnamdi Kanu is in government custody since he was arrested abroad in June last year and brought back to Nigeria to face treason charges.
Separatism is especially sensitive in southeast Nigeria. The declaration of an independent Republic of Biafra in 1967 by Igbo army officers sparked a civil war that left more than one million people dead.
Chima Ugo is a patriotic Nigerian, a journalist, blogger and singer who is so much interested in the internet, journalism, and blogging and have been for half a decade.