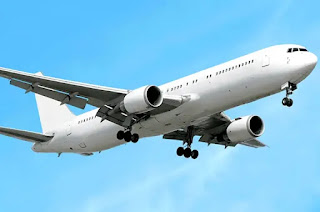 The Association of Nigeria Aviation Professionals, ANAP, has threatened to close the country's 32 airports in solidarity with the Academic Staff Union of Universities (ASUU) strike next week Tuesday.

This comes as the National Labour Congress, NLC, has directed its members to hold a nationwide protest in solidarity with the ASUU strike on July 26 and 27.

In a statement made available to Prime9jaOnlineMedia, ANAP General Secretary Abdulrasaq Saidu stated that the protracted strike has added to social vices in the country as students now engage in unpalatable activities capable of destroying their future.

He stated that the four-month strike had made Nigeria's educational system a laughingstock.

"ASUU, NASU, SAUTHRIAI, and NAAT had been on strike for more than four months due to the apparent failure of government to sign the re-negotiated 2009 Agreement with ASUU, failure to honour the terms reached at the May 2022 MoU signed with ASUU, and habitual failure of government to respect Collective Bargaining Agreements willingly signed with labor Unions," according to the statement.

"Not only were the students suffering, but so were their parents and society; the country's poor economy had an impact on every home."

"Education has remained the central core of any country aspiring to greatness, and if not handled properly, the ASUU strike will eventually lead to a regrettable situation in the future." "Our children are using eight years to read courses of four years, wasting resources." We can't go on like this."

The union stated that its members would join the Nigeria Labour Congress (NLC) in protesting the unfavorable situation in the tertiary education sector.