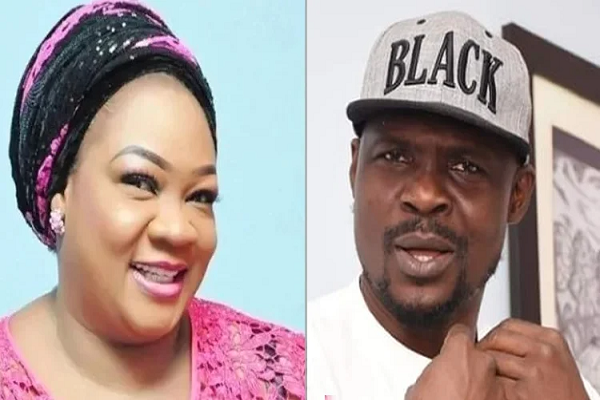 Comedienne Oluwadamilola Adekoya, also known as Princess, has responded to the judgment handed down by an Ikeja Special Offenses Court about her thorny coworker Olanrewaju Omiyinka, also known as Baba Ijesha.
Baba Ijesha was given a 16-year prison term by Justice Oluwatoyin Taiwo of the Ikeja Domestic Violence and Sexual Offenses Court on Thursday.
The actor was accused of violating Sections 135, 137, 261, 202, 262, and 263 of the Lagos State Criminal Law 2015 through the indecent treatment of children, sexual assault, attempted sexual assault by penetration, and sexual assault by penetration.
Reacting to her colleague’s conviction, Princess shared a video which captured her in a religious attire singing along to a Yoruba worship song as she extolled God for delivering justice to her.

She captioned the video “God is not man.”

Reacting actress Iyabo Ojo who followed up on the case from the onset glorified God for giving victory not just to them but for every child, boy and girl being abused.

Iyabo Ojo said: “We give God all the glory… This victory is for all the girl child & boy child being abused….. Never be AFRAID to Speak up & Speak out ….. @princesscomedian.”

Fans and well-wishers have hit the comment section with congratulatory message on justice served.

clarisunique said: “Big congratulations. It ended in praise to God. Shame to all your detractors.”

tolafaith wrote: “Halleluyah is the sound of victory.”

bolatitosowunmi stated: “Congratulations… what God cannot do does not exist.”

posho_beads_fascinators stated: “God isn’t man. He will always vindicate His own.”

itz_adamsel wrote: “Congratulations ma’am… finally God has vindicated you.”
Chima Ugo is a patriotic Nigerian, a journalist, blogger and singer who is so much interested in the internet, journalism, and blogging and have been for half a decade.