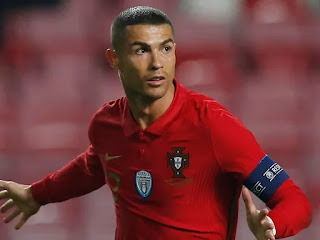 Cristiano Ronaldo's desire to leave Manchester United has reached a new low after Barcelona declined to sign him.

Despite his history with LaLiga rivals Real Madrid, the Portuguese captain was offered to the LaLiga giants.

Ronaldo is determined to leave Manchester United this summer, and he has failed to report to the club's pre-season tour of Asia due to "family reasons."

However, the 37-year-exit old's strategy has become more desperate.

Ronaldo's agent, Jorge Mendes, has made offers to top European clubs but has yet to find a buyer.

Atletico Madrid rejected the player because they cannot afford to fund the transfer due to their financial situation, while Real Madrid has no intention of re-signing him.

Cope, a Spanish radio station, reported that Mendes made a sensational offer to his client this summer but received a negative response.

Ronaldo's preference to play for Barcelona over Manchester United next season speaks volumes about his desire to leave.