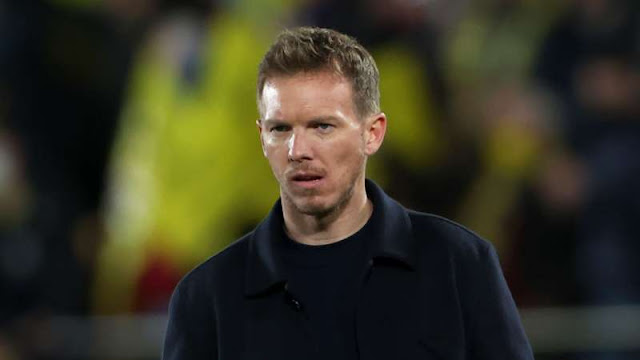 Julian Nagelsmann has admitted that he would love to have Tottenham striker, Harry Kane, in his ranks. However, he effectively ruled out the chance of him moving to Bayern Munich due to his price tag.

Robert Lewandowski has left Bayern Munich and therefore, a huge gap in the Bavarians’ attacking line. The German giants are now looking for someone to fill said void. One of their favoured targets to do so is Harry Kane.

Ahead of Bayern’s pre-season friendly with Manchester City, Julian Nagelsmann spoke to the press. The journalists present wanted to know if Tottenham’s number 10 is on the aganda of the Bavarian outfit.

Nagelsmann admitted that he is a fantastic player but his arrival to Munich would be a difficult mission to complete. “He’s very expensive. That’s the problem…”, he commented.

For the Bayern coach, Kane is “brilliant”. “One of the two or three who can play as a number 9 and 10. He is very strong, good in the air and both feet. He would be able to score a lot of goals in the Bundesliga”, he claimed.

He said that he does not know Tottenham’s asking price for their player. “I don’t know the figure, but it will be difficult for Bayern”, he expressed. “We’ll see what happens in the future…”, he concluded.
Chima Ugo is a patriotic Nigerian, a journalist, blogger and singer who is so much interested in the internet, journalism, and blogging and have been for half a decade.