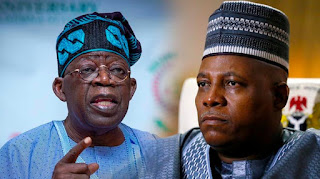 However, as of the time this story was filed, no formal explanation had been provided.

The unveiling has not been given a new date, either.

Shettima's selection as Tinubu's running partner was announced on Sunday, according to Prime9jaOnlineMedia, who also said that Shettima was chosen to support good administration.

Shettima's decision, however, was met with controversy as some northern governors voiced opposition.

The choice of Shettima as Tinubu's running mate was also criticized by many Nigerians, who cautioned the APC against fielding a Muslim-Muslim ticket.