Buhari boasts: "I'm leaving a legacy of fighting corruption behind me." 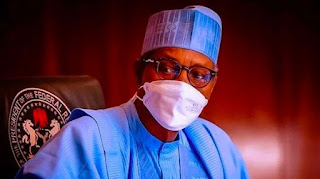 Major General Muhammadu Buhari (retd.), the president, stated on Thursday in Daura that he will leave a proud legacy of fighting corruption when his term as president comes to an end in 2019.

He adds that his fight against corruption would go on long after he leaves office.

The creation of an international anti-corruption court was also advocated for by Buhari, who bills himself as "Africa's Anti-Corruption Champion" in order to bring cold justice to money launderers.

The President made these remarks in his recorded speech to commemorate the African Day of Anti-Corruption, according to a statement signed by his Senior Special Assistant on Media and Publicity, Garba Shehu.

"Our youths have no place to go and live with dignity but in Africa," said President Buhari, noting that the fight against corruption must be prolonged for the benefit of both the present and the future generations.

"I am proud to have fought corruption among other things as I prepare to leave office next year.

I personally detest corruption, and I will do all in my power to eradicate it in Nigeria and throughout Africa. I implore our young people to join me in this admirable cause.

He stated that anti-corruption agencies must have the authority and freedom to carry out their missions.

"I am really proud of our regulatory bodies, law enforcement agencies, and anti-corruption agencies in Nigeria for their efforts to curb crime, including corruption. I am incredibly grateful for their sacrifices, he remarked.

Buhari, who termed corruption "evil," called for the establishment of a special court to step up efforts to prosecute offenders and recover assets that had been stolen and stashed abroad.

"Honored participants and fellow African leaders, corruption is bad and all attempts to combat it are good. I have followed the anti-corruption campaign in Africa, and I can see both benefits and shortcomings.

"Despite the challenges, the fight must go on for the benefit of the continent and its inhabitants. Since 2015, Nigeria has waged a robust war against corruption. A lot has been accomplished in the fields of asset recovery, anti-corruption laws, prosecution, conviction, and arrest.

"I have to admit that the battle hasn't been all sunshine and rainbows. There needs to be a ton more work done on many fronts. For instance, civil and public workers must always act morally and professionally. To reduce corruption, the private sector must help.

The world community must shut down safe havens. More energy is required for the judiciary. Maybe we need an International Anti-Corruption Criminal Court," he suggested.

The President then asked his African counterparts to make sure that their countries' limited riches weren't taken to safe havens with little prospect of being recovered.

He stated that states must cooperate to recover those that have been taken in order to "teach looters that crime does not pay."

"I have realized that African countries must make sure that their resources are not moved to havens abroad, and we must stop illegal financial flows in all of its manifestations. Additionally, we must cooperate to retrieve all riches that have been stolen abroad.

The President stated, "We must demonstrate to criminals that crime does not pay by denying them access to the proceeds of their crime."

Buhari suggested that ethics, decency, decorum, and respect for the rule of law must be promoted across Africa in order to combat elite greed and irresponsibility.

He believes that in order to combat corruption in Africa, it is critical to create tactics for a change in behavior. This will guarantee that the entire people, not just a select few, may benefit from national resources.