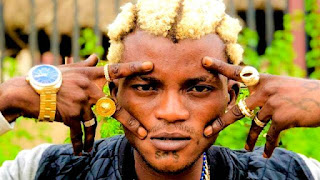 Following the confession in a trending/viral video by popular music star Portable that he was one of those instrumental in the formation of the notorious cultist group, One Million Boys in Lagos, the Force headquarters has ordered an investigation.

"Sequel to the trending video of one Habeeb Okikiola aka Portable claiming to have formed the One-Million Boys cult group terrorizing some parts of Lagos State, the IGP has ordered CP Lagos to investigate the indicting statement and take necessary legal action," the statement said.

"This directive is premised on the Nigeria Police Force's continuous effort to fish out pillars and sponsors of cult groups in order to decimate their activities and restore sanity to our society," said Force Public Relations Officer CSP Muyiwa Adejobi.