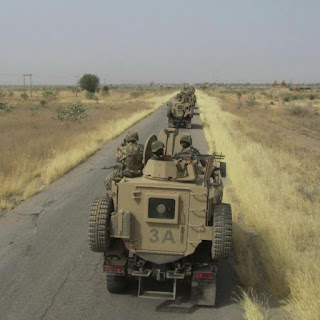 On Thursday, the Defence Headquarters reported that 3,858 terrorists, including six top commanders and their families, had turned themselves in to the military in the area of operations, while the Operation Hadin Kai (OPHK) troops had killed 42 Boko Haram terrorists in the Northeast over the previous two weeks.

In a statement released on Thursday, Maj.-Gen. Bernard Onyeuko, Director, Defence Media Operations, said the successes were noted because the troops did not give up and took the fight to the Boko Haram terrorists' and Islamic State of West Africa Province's (ISWAP) strongholds with better-coordinated operations.

He claims that on July 11, in Borno State's Tumbum Jaki and Tumbum Murhu, close to Lake Chad, the air component of OPHK carried out an air interdiction operation that resulted in the deaths of over 21 terrorists.

In addition, an unspecified number of terrorists were killed in various encounters at Gamage village in the Dikwa Local Government Area, Dikwa - Gamborou-Ngala road, and Pulka - Gwale road in Borno, with two women; Hauwa Gambo and Khadija Dirsa. He claimed that several terrorist logistics suppliers and collaborators had been detained with various items at various locations throughout the  theatre.

Onyeuko claimed that while recovered items and captured suspected terrorists had been handed over to the relevant authorities for further action, the surrendered terrorists and their families were being profiled and documented.