EA bringing back Juventus for FIFA 23 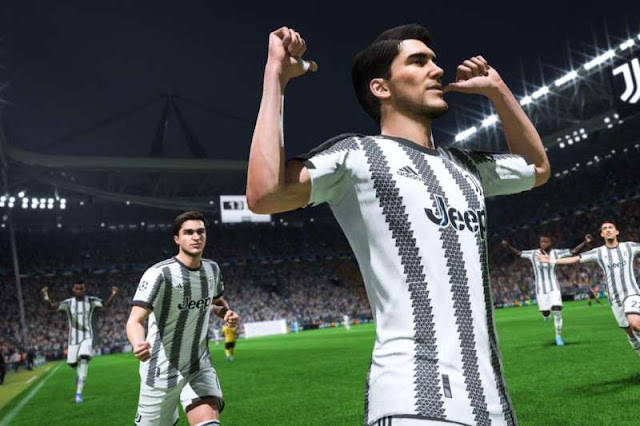 One of the biggest teams in the world is returning to the FIFA video games from EA Sports. Juventus and EA today announced a "multi-year relationship" that would once more see the Italian team represented in the developer's hugely well-liked soccer video games. The agreement will be implemented with FIFA 23, which debuts on September 30. For the previous three years, Juventus had only been accessible through Konami's rival title Pro Evolution Soccer.

The agreement goes beyond simply including Juventus, its stadium, and its uniforms in the game; according to EA, the two parties will "work across a number of lifestyle and cultural initiatives bringing new opportunities outside of football," and according to Juventus, EA will become its "official urban culture partner." The extremely dramatic revelation trailer shown above gives you a preview of what that might entail.
The news is especially noteworthy in light of the future. EA will start abandoning its longtime partner FIFA in 2023 in favour of a newly branded series dubbed EA Sports FC. The agreement with Juventus seems to indicate that, despite the series' new moniker, the top clubs in the world would still be represented.
FIFA, for its part, says that it will continue to work with other developers on licensed games moving forward. “I can assure you that the only authentic, real game that has the FIFA name will be the best one available for gamers and football fans,” FIFA president Gianni Infantino said in May. “The FIFA name is the only global, original title. FIFA 23, FIFA 24, FIFA 25 and FIFA 26, and so on — the constant is the FIFA name, and it will remain forever and remain the best.”

EA showed off FIFA 23 for the first time last week while revealing a renewed focus on women’s soccer, including the addition of club teams from England and France.
Chima Ugo is a patriotic Nigerian, a journalist, blogger and singer who is so much interested in the internet, journalism, and blogging and have been for half a decade.