Eden Hazard: I’ll prove my worth next season in La Liga 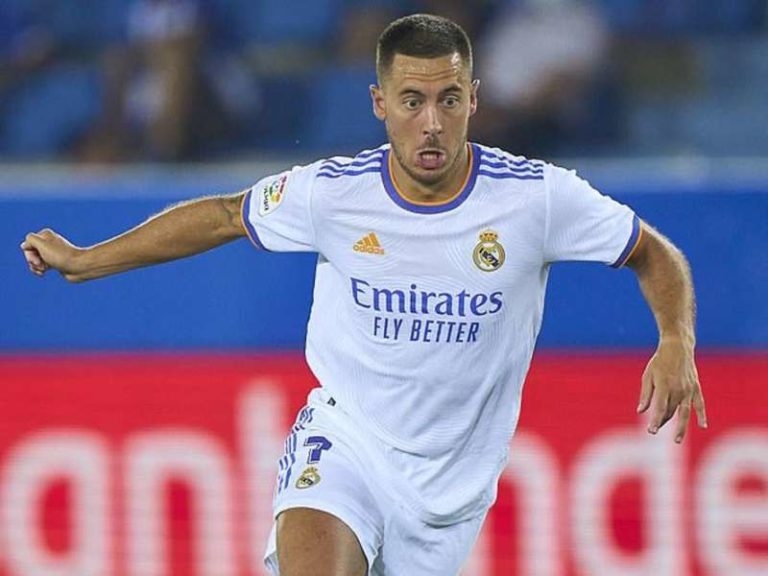 Real Madrid midfielder Eden Hazard has vowed that he will prove his worth in the fast approaching La Liga season.
Hazard has endured a miserable spell since he joined Madrid from Chelsea three years ago, making only 66 appearances and scoring six goals since then.
But the Belgium international is fit again and says his “only target” is making up for lost time with Madrid during this campaign.
“I want to show people that I can play in this club.
“It’s been a few seasons that I was not playing that much, so for me … I just want to show what I can do on the pitch — that’s my only target,” Hazard told ESPN.
Hazard is regarded as one of the greatest Belgian players of all time. His pace, coupled with his finishing and ability to retain possession, led to his former coach Claude Puel dubbing him “little Messi“, in reference to the former Barcelona player.
Puel’s sentiments were later echoed by former Marseille manager and media personality Rolland Courbis who commented “At times it looks to me like Lionel Messi on the right-hand side”.
Chima Ugo is a patriotic Nigerian, a journalist, blogger and singer who is so much interested in the internet, journalism, and blogging and have been for half a decade.