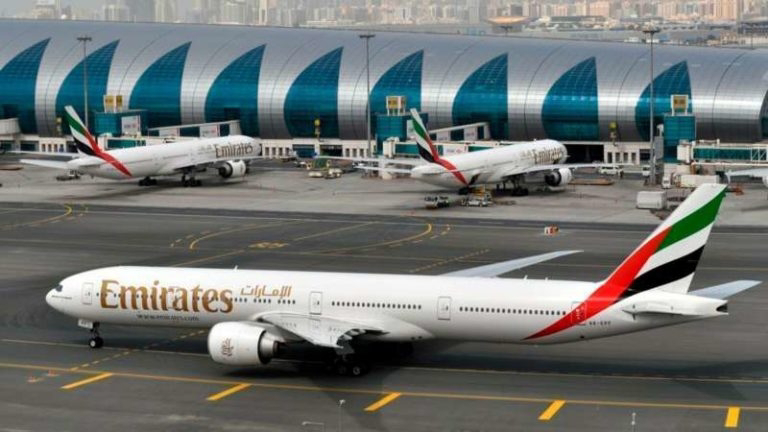 Emirates airline has rejected the United Kingdom’s largest airport, Heathrow’s demands for airlines to stop selling summer tickets, describing the move “unreasonable and unacceptable”.
According to BBC, United Arab Emirates’ flag carrier also accused the airport of displaying a “blatant disregard” for customers for pegging passenger numbers to 100,000 per day over summer.
Emirates, on Thursday, said the airport now faced “an ‘airmageddon’ situation due to their incompetence and non-action”.
Heathrow said it had no choice but to bring in a cap on departing travellers.
The UK’s airport has asked carriers to reduce flights following current disruptions during the summer travel peak.
“For months we have asked airlines to help come up with a plan to solve their resourcing challenges, but no clear plans were forthcoming and with each passing day the problem got worse,” Heathrow said.
However, Emirates said it was given 36 hours to slash departing passenger numbers, and therefore flights, and was threatened with legal action for not conforming.
“This is entirely unreasonable and unacceptable, and we reject these demands,” it added.
In a statement heavily criticising Heathrow management, Emirates accused the airport of choosing “not to act, not to plan, not invest” and said its new cap on passengers appeared to have been “plucked from thin air”.
“They wish to force Emirates to deny seats to tens of thousands of travellers who have paid for, and booked months ahead, their long-awaited package holidays or trips to see their loved ones,” the airline said, citing that people were desperate to travel after two years of pandemic restrictions.
It added it planned to operate flights to and from the airport as scheduled.
Chima Ugo is a patriotic Nigerian, a journalist, blogger and singer who is so much interested in the internet, journalism, and blogging and have been for half a decade.