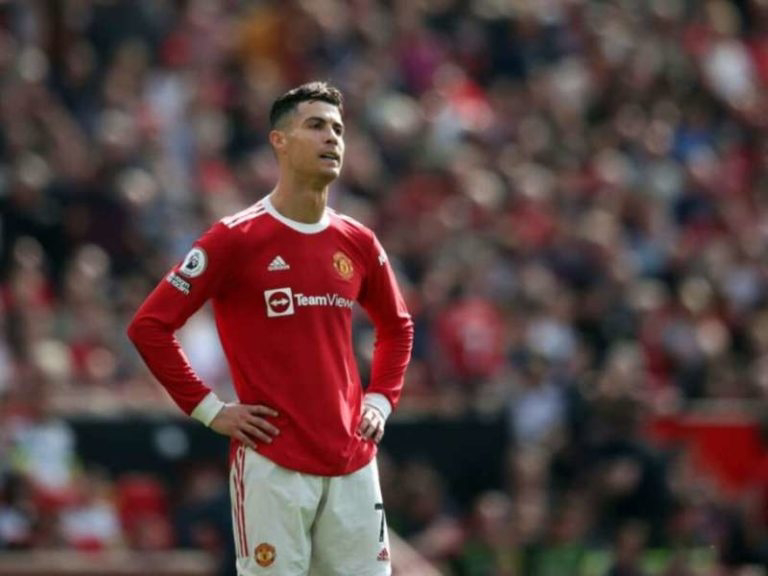 Manchester United boss Erik ten Hag has raised the prospect of Cristiano Ronaldo remaining at the club longer term as he plans to build his team around the striker.
The Portugal international has yet to join up with the squad for pre-season, citing personal reasons, as multiple reports suggested that he was eager to leave Old Trafford just one year after returning.
Ronaldo has one year remaining on his current deal at the club but there is an option for a third campaign.
And in a sit-down with several UK newspapers in Melbourne, Ten Hag revealed that not only could the forward stay this summer, he may even remain into 2024.
“I am well informed he also has an option. Yes [he could stay beyond this season] but to be honest, I’ve signed here for three years but I know football is short-term too,” he stated.
“We have to win from the start so I don’t look too far ahead.
“With Ronaldo’s return, it is the same status as last week in Bangkok, no change. I can’t tell you when he’ll be back [at Carrington]. There’s no change. He’s training. We all know Ronaldo is a top professional and he’ll be fit. That’s the last concern I have.”
Although the former Real Madrid man is set to turn 38 this season, the Dutchman was adamant that he remains part of his plans.
“In his career, he has shown everything. I’ve set my demands. We want to play in a certain way and I think Cristiano is capable of that,” he added.
“A top player can contribute and he’s a top player. Players dictate the way you play, especially those who score goals because they’re extremely important for a team. You build your team around them.”
Chima Ugo is a patriotic Nigerian, a journalist, blogger and singer who is so much interested in the internet, journalism, and blogging and have been for half a decade.