Ex-minister: Bola Tinubu can’t make one dollar to a naira 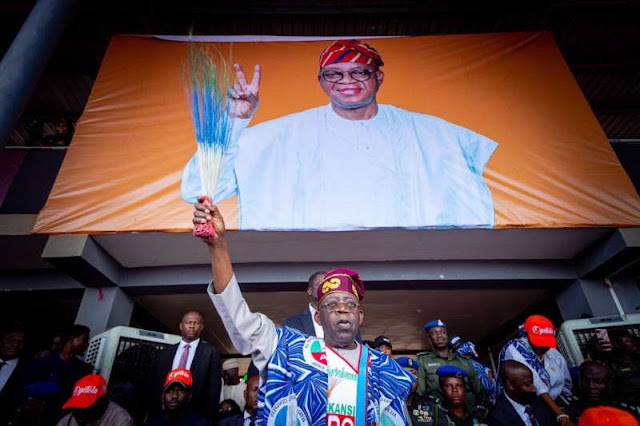 AN elder statesman and a former Minister of Lands, Housing and Urban Development, Chief Nduese Essien, has faulted the claim that the presidential candidate of the All Progressives Congress, APC, Bola Tinubu could make the naira at par with the US dollars if voted into power in 2023.

According to reports, a Local government chairman in Lagos State, Ayodele Adewale had on Wednesday when he appeared on the Arise TV remarked that it would be possible for Tinubu to make the naira equal the US dollars.

“I talked about bringing one dollar to a naira, it is very possible. Asiwaju has the political capital to bring investment to this country”, Adewale had said.

But Chief Essien while reacting on Friday in Uyo, said that such a campaign talk is only meant for the marines, insisting that the APC Presidential Candidate has no such magic wand to turn the Naira around to equate in value with the dollar.

The former member of the House of Representatives, on the platform of the People’s Democratic Party (PDP) who described the claim as unrealistic recalled that Tinubu made similar statement in 2015 presidential campaign for Muhammadu Buhari.

His words: “Tinubu made this kind of statement in 2015, when he was campaigning for Muhammadu Buhari. Seven years along the line, he couldn’t show the president how to appreciate the Naira, why then should anybody with knowledge of how the global economy works, believe him.

“That’s how it started in 2014, leading to the opposition against President Goodluck Jonathan on how the Naira will be at par with the US Dollar if Buhari is voted to power. That claim is unrealistic, given the fact that he may likely follow the economic path of Buhari if voted into power.

Chief Essien expressed disappointment over the abysmal depreciation of the Naira from where this administration in which Tinubu is a co-traveller met it at the sum of N150 to present day value of N610 to a US dollar ($1).

“International currencies are not manipulated the way Bola Tinubu surreptitiously took the Mobil Producing Nigeria Unlimited Headquarters to Lagos away from its area of operations to the detriment of the Oil Producing Areas and has continued to sustain its maintenance there despite all the protestations from the rest of the country and in keeping with international best practice.

“Tinubu cannot be trusted because as the leader of the All Progressive Congress, the party has failed the country in all its campaign promises, he has nothing new to offer the nation”, He asserted.

He called on all Nigerians of voting age to make use of the extension given by the Independent National Electoral Commission (INEC) on registration for PVC, so as to be part of the leadership recruitment process.
Chima Ugo is a patriotic Nigerian, a journalist, blogger and singer who is so much interested in the internet, journalism, and blogging and have been for half a decade.