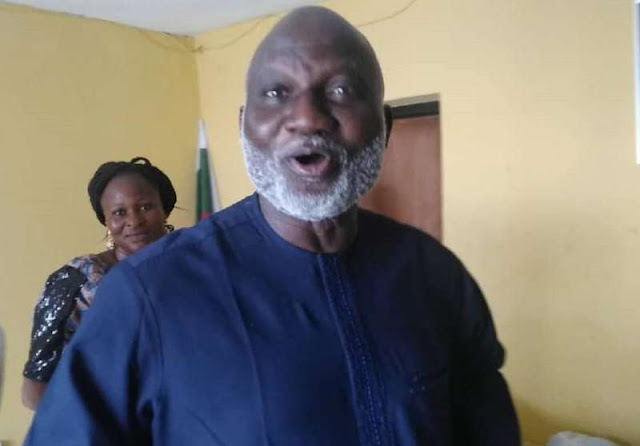 The All Progressives Congress (APC) was not involved in the purported attack on the home of Labour Party candidate for governor Lasun Yusuf, according to Osun State Governor Adegboyega Oyetola. He urged security to look into the claims and apprehend those responsible.
Yusuf, a former Deputy Speaker of the House of Representatives, said that the state government was responsible for the attack on his home in Ilobu, Irepodun local government, on Monday morning at two in the morning.
“I now discovered that subsequent upon the political debate for the governorship that we had recently, people have seen the people in government as those who don’t even understand governance at all. So, this is beyond intimidation. The warning I have been receiving is that they wanted to eliminate me,” he said.

Ismail Omipidan, the chief press secretary to Governor Oyetola, responded during a news conference in Osogbo by describing the claim as an attempt to blackmail the government and to present a false picture to Nigerians outside the state.
Omipidan, who questioned where the Labour Party candidate's security was at the time of the attack, stated that Yusuf has never posed a threat to the APC and that there was thus no justification for attacking him.
"Osun is the most tranquil state in Nigeria, and we will do everything as a government to maintain and preserve that image and reputation," he said, admonishing the former lawmaker against portraying the state as violent.
He said, “on behalf of the government, we are calling on the security operatives to please, kindly investigate the allegation by Hon Lasun Yusuf because I am tempted to believe that he is planning to unleash violence on the innocent people of irepodun local government on the day of the election.

“He is therefore using this as an alibi to prepare a ground on what he wants to do because if we were to be what he’s trying to paint us to be, you agree with me that we probably would have been after the PDP because it is the PDP that has been attacking our supporters. It is the PDP that comes out openly to say that the election will be fire for fire,” Omipidan added.
Chima Ugo is a patriotic Nigerian, a journalist, blogger and singer who is so much interested in the internet, journalism, and blogging and have been for half a decade.