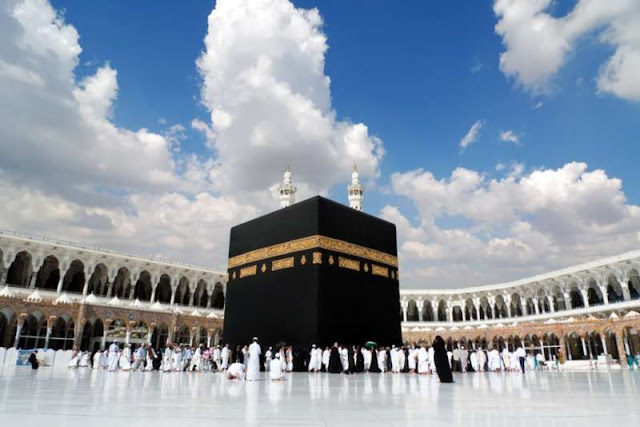 Another pilgrim from Gombe and lecturer at the state university, Dr Abdulrahaman Mai Gona, died on Thursday in Saudi Arabia.

Announcing the pilgrim’s demise in a statement issued by the State Muslim Pilgrims Board Head of Media, Hauwa Muhammad, said the pilgrim died after brief illness.

Mai Gona, a lecturer in the Department of Islamic Studies, was one of the board members by Governor Muhammadu Yahaya to airlift pilgrims to the holy land.

He revealed that the deceased died after a brief ailment, and would be buried based on Islamic tenets.

“The death of Alhaji Dr Abdulrahaman Umar Mai Gona has occurred today (Thursday) in Saudi after a brief illness. Gona was a newly appointed board member, Gombe State Muslim Pilgrims Welfare Board, by the Governor of Gombe State, Alhaji Muhammadu Inuwa Yahaya.

“He was also a lecturer at the Department of Islamic Studies, Gombe State University. The board is on its feet in ensuring his timely burial as stipulated in Islam. May his soul rest in peace,” the statement said.

The Head of National Hajj Commission (NAHCON) Medical Team, Dr Usman Shua’ibu Galadima, who also confirmed the development said Mai Gona was brought in around 1pm and was immediately attended to.

According to him, his situation aggravated and in a bid to arrest his worsening health situation, he gave up.

Galadima said the deceased had once visited the clinic and was treated for another ailment.

An eyewitness account said the Islamic scholar proclaimed Khalimah Shahadah (Laila-illa-Allahu – There’s no God except Allah) before he gave up.

His remains had been taken to Masjid Haram for Janazah and interment.

Mai Gona is the the third pilgrim that died during this year’s hajj after Hajiya Aisha Ahmed from Keffi in Nasarawa State died on June 29 and Hajiya Hasiya Aminu from Zaria, Kaduna State, who died on Arafat Day on July 8, shortly after returning to her tent from Arafat.