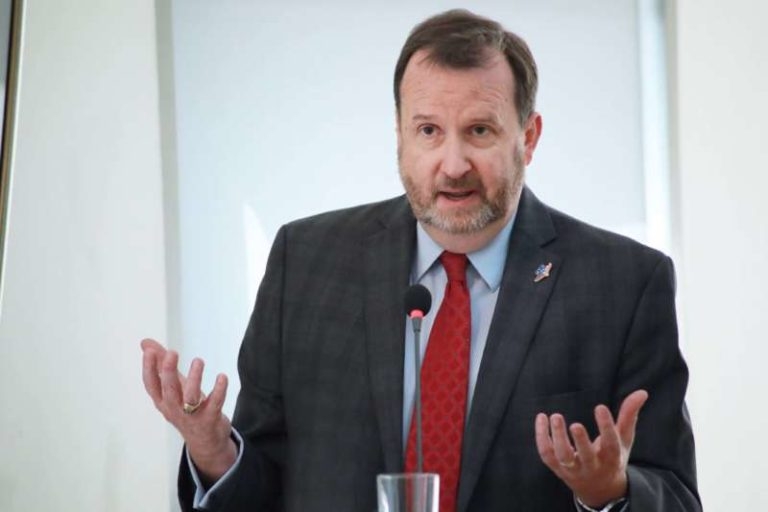 President Joe Biden has nominated Richard Mills, Jr, as the United State’s Ambassador To Nigeria.
This was announced in a statement by White House.
The statement said Richard Mills, Jr is to serve amongst his key leaders in his administration.
Mills, Jr. currently serve as the U.S Deputy Permanent Representative to the United Nation and a career member of the Senior Foreign Service with the rank of Minister-Counselor.
Prior to his nomination, Mr Mills served as the US Ambassador to Armenia. He was also Deputy Chief of Mission and then Chargé d’Affaires a.i. at the U.S. Mission to Canada.
The new nominee for the position of US Ambassador to Nigeria has also served as Deputy Chief of Mission at the U.S. Embassy in Beirut, Lebanon and as Deputy Chief of Mission and Chargé d’Affaires a.i. at U.S. Embassy Valetta, Malta.
Mr Mills, a native of Louisiana, prior to joining the Foreign Service, he was an Associate Attorney with the firm of Duncan, Allen and Mitchell in Washington, D.C.
Chima Ugo is a patriotic Nigerian, a journalist, blogger and singer who is so much interested in the internet, journalism, and blogging and have been for half a decade.