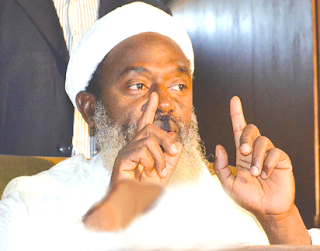 Gumi said in a post that the rise of Obi had calmed down IPOB members' calls for Biafra since all the "noise" was focused on the South East winning the president.

However, Kalu claimed that Obi's history and upbringing had nothing to do with what Gumi was implying in an exclusive interview with Prime9jaOnlineMedia.

He counseled the Muslim cleric to avoid associating Obi with any self-determination movements that may serve to discredit him.

According to Kalu, Obi wanted to create a better and fairer economy so that Nigeria could emerge from its economic crisis.

I am extremely familiar with Obi. He has collaborated with individuals from all regions of the nation. His goal is to develop a strong economy for the nation.

The former Minister further reminded Gumi that IPOB had previously denied any connections to Obi, and Gumi questioned why he would capitalize politically unnecessarily on Obi's ambitions.

Further, Kalu suggested that Nigerians should thank God for saving the nation from impending disaster rather than making statements that would exacerbate the nation's tense situation.

He claimed that the nation was on the verge of collapse just a few months ago when God sprang into action, "so that today we are talking about the 2023 election."

“We should appreciate God for the miracle of saving us from crash. We were headed for destruction and he suddenly pulled us back. We should ask questions.”

He asked Nigerians to fairly evaluate the presidential candidates and make educated decisions based on their qualifications and track records.

The former minister noted that Nigerians currently face widespread issues and want someone who can lead the nation out of the undergrowth.

He asserts that Nigerians of all tribes and religions share the same problems with security, starvation, inadequate infrastructure, a lack of employment opportunities, etc. and that everyone needs someone with solutions, regardless of his tribe.

Idika stated that he was familiar with the major parties' candidates but counseled Nigerians to make intelligent decisions based on ability.

"I am acquainted with Peter Obi, Atiku Abubakar, who worked in the Customs Department when I was the Minister of Finance, and Bola Tinubu, whose book launch I presided over.

But I want Nigerians to cast their ballots based on qualifications.

He reiterated the need to reform the nation in order to make it more unified and workable.

Idika Kalu claimed that restructuring Nigeria for the benefit of all was not wrong.

Constitutions aren't unalterable, as some might believe. We must reorganize to achieve a better and more ideal union.

If people are expressing dissatisfaction that the Constitution is no longer valid. What is wrong if the populace gathers to talk and decide on a course of action?