Kenneth Amadi begins his defence, refutes the claim of fraud for ₦2.9 billion 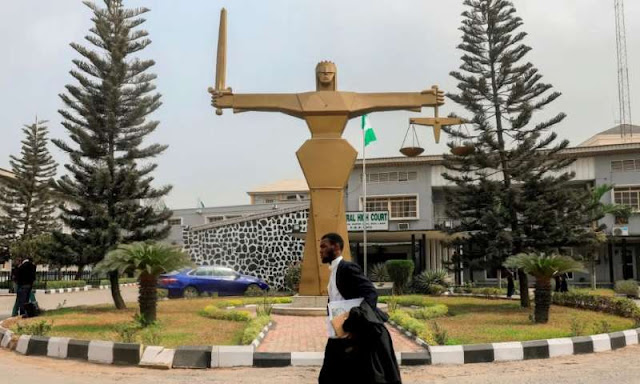 Businessman Kenneth Amadi has reportedly denied the Federal Government's accusations that he stole N2.9 billion from Eunisell Ltd. in an interview with Justice Ambrose Allagoa of the Federal High Court in Lagos.
When he began his defence against alleged fraud charges of N2.9 billion brought against him by the AGF, Amadi provided clarification.
Amadi said that he entered the business on the basis of an oral contract somewhere in 2000 and that, by the time he was due to leave in 2016, the company's revenue had increased from a meagre 8 million naira to billions of naira.
He said that during the 16 and a half years he worked with Mr. Chika Ikenga, chairman and owner of Eunisell Nigeria Limited, and up until 2016, when he made the decision to leave the company and focus on his own business, there had been no issues.
A chemical engineer by trade, the defendant said that he went to meet Ikenga to advise him of the situation when he made the decision to leave the corporation to focus on his business.
Amadi claims that as soon as he told Ikenga about the position, Ikenga became enraged and threatened him, claiming he couldn't build a company that would compete with his own.
Amadi claimed that in addition to improving the company's reputation, he also utilised his power to influence the business to the point where several significant organisations, including the Nigerian Air Force, Navy, and A-Z International, began to purchase the company's lubrication oil.

“The Navy and the likes were buying Ammasco’s products through my efforts and expertise,” he said.

He said “not long after the October meeting with Ikenga and his friend, Ikenga started writing to his business partners, including foreign partners telling them initially that I stole his money. Ikenga’s action/motive is just to tarnish my image.”

The defendant denied ever taking any money from the business, saying that all payments made through him were delivered to it and recognised by the business's financial manager, who reported directly to the chairman.
He claimed that aside from the money paid to him by some of the clients he introduced to the business and who made payments through him to the business to ensure that their money was safe and that all payments were made to the business without any issues or problems, he had no connection to the company's books or its finances.
He said: “I did not steal Eunisell’s ₦2.9 billion or any of their money as the account of the company was not part of his duties neither am I a signatory to the company’s account or in charge of loading their product. He got all the monies

“My schedule is to look for business opportunities for the company, which I did to the best of my ability and for the good of the company. I did not breach any trust.

“He enjoyed the mutual agreement he had with me because he was getting the money from the contacts I brought into Eunisell and he knew where the money was coming from and confirmed receipt for all monies paid into Eunisell’s account.”

The judge adjourned the case till October 20 for the adoption of written addresses by parties.
Chima Ugo is a patriotic Nigerian, a journalist, blogger and singer who is so much interested in the internet, journalism, and blogging and have been for half a decade.