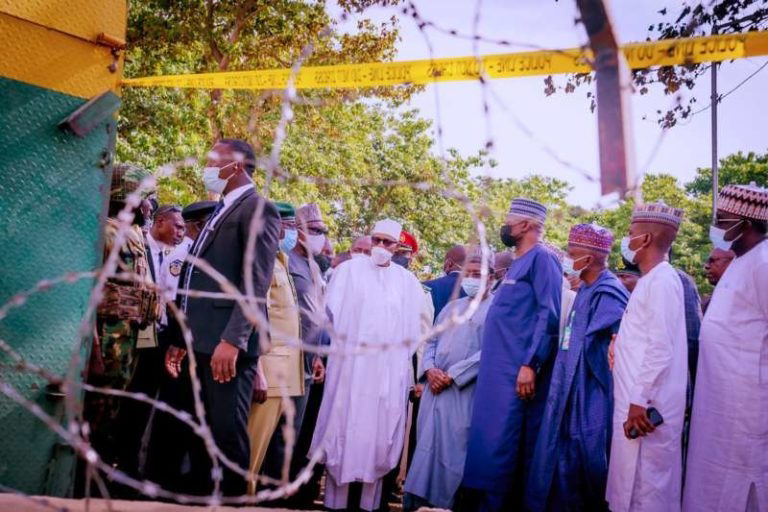 Human Rights groups known as Human Rights Liberty Access, and Peace, Defenders’ Foundation (HURIDE) and Campaign for Democracy (CD) have called on members of National Assembly to immediately commence impeachment process on President Muhammadu Buhari over the last week attack on Kuje Correctional Centre, Abuja.
The groups said that latest security breaches in the country were clear indication that President Buhari has lost control of providing leadersip to the country.
In a joint statement after the groups meeting at Abuja signed by the Executive Director, HURIDE and Chairman, South East Zone, CD, Chief Dede Uzor, said Nigerians have been killed under President Buhari more than during the civil war.
“Going by the obvious and glaring security breaches in the country especially Kuje Correctional Centre invasion by Boko Haram insurgents and the deadly attack on the convoy of advance team of President Muhammad Buhari’ in Daura, Katsina State, we call for immediate impeachment of the president.
“The purported withdrawal of soldiers 24 hours before the invasion of Kuje prison called for a thorough and discreet investigation. Nigeria is becoming a failed state like Somalia, Southern Sudan and Afghanistan among other terror-infested nations”.
“The National Assembly has no option than to commence the process of impeachment of the President without further delay before he hands this county to islamists and Fulanists”.
The rights groups said with the ongoing economic woes, unabated security threats like kidnapping for ransom, and attacks on the national’s critical assets and other threats, it is obvious that the president is either confused or playing pranks with Nigerians.
The group warned that if something drastic is not done now, the 2023 general election may not hold and it will spell doom for Nigeria.
They condemned the president’s penchant to always jet out of the country even when he had a crises at hand to deal with, saying that it showed his lack of passion for peace and stability of the country, rather was more interested in travelling abroad than working hard to restore peace at home.