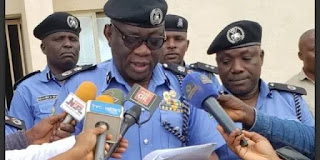 The Nigerian Police have apprehended one of the Boko Haram members whose name and picture were published by Kuje Prison officials as an escapee among the 69 of them on the wanted list. He was apprehended in Keffi, Nasarawa State.

According to the Nasarawa Police Command, Hassan Hassan, a member of Boko Haram who was seized, was detained as he attempted to evade patrolling police officers.

The Commissioner of Police, CP Adesina Soyemi, ordered the transfer of the suspect to a safer location while an intensive search for other escapees and the handing over process of the arrested inmate are ongoing, according to a statement released by the Nasarawa State Police Command on Saturday and signed by DSP Ramhan Nansel.

The Commissioner of Police, however, praised the police officers' efforts for a job well done and told the public that the Command would keep working nonstop to make the public area safer for everyone.

In another development, CP Adesina Soyemi sent his congratulations to the Muslims in the state during the Eid-El-Kabir celebration and advised all believers to pray for world peace and sustainability during this time of sober reflection.

In its fight against crime and criminality, the Command has deployed enough human and material resources and set throughout place enough security measures to ensure a trouble-free Sallah Celebration in the state, denying criminals the opportunity to prosper before, during, and after the Celebration.

In order to do this, the Commissioner of Police urged all Muslim believers, revellers, and members of the general public to practice security awareness while celebrating and to report any suspicious criminal activity or movement in their area.