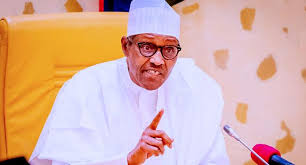 In Daura, Katsina State, on Monday, President Muhammadu Buhari addressed the problem of the lengthy strike that has kept students at home for months, urging Academic Staff Union of Universities (ASUU) leaders that enough is enough.

The president urged ASUU to reevaluate their stance on the ongoing strike, expressing concern that it will have long-term effects on families, the educational system, and the nation's ability to prosper in the future.

The President said that the strike had already had an impact on the psychology of parents, students, and other stakeholders, bringing up many moral issues that already cried out for attention when he hosted some governors of the All Progressives Congress (APC), lawmakers, and political leaders at his residence.

While reassuring students in lecture halls that the government understands their stance and that negotiations should continue, President Buhari stated that the future of the nation depends on the caliber of educational institutions and education.

ASUU should show sympathy for those taking part in the prolonged strike, we hope. The days of keeping students at home are genuinely over. For God's sake, don't harm the future generation, he urged.

The president appealed to all well-meaning Nigerians, especially those close to the association's leaders and members, to take action to convince the academics to change their minds about their stance and the potential consequences for the nation and an entire generation.

According to President Buhari, keeping Nigerian university students at home merely denies them the time, the opportunities, and the chance to compete with others in a highly linked and technologically advanced job environment.

"Colonial-style schooling was designed to produce government workers. These positions have been eliminated. Education should be provided to our youth to help prepare them for self-employment. Education is now pursued for its own sake.

Technology has greatly increased our productivity. In addition, he said, "we should encourage our kids to pursue education rather than only hunt for government jobs.

Instead of growing the bureaucracy to create jobs, President Buhari stated resources should be directed more on developing the infrastructure and running the health and educational sectors.

The President stated, "By this time next year, I would have gotten the most out of the two terms, and I will do my best in the remaining months."