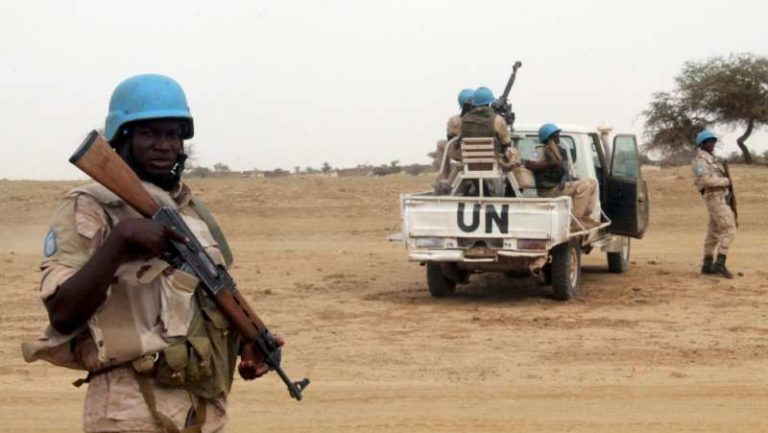 The Malian foreign ministry has told the United Nations mission in Mali to suspend all flights scheduled to rotate peacekeeping forces days after the West African nation detained 49 soldiers from Ivory Coast who it said had arrived in the country without permission.
“For reasons related to the national security context, the government of Mali has decided to suspend, as of today, all rotations of the military and police contingent of [the UN Mission to Mali], including those already scheduled or announced,” the foreign ministry said on Thursday in a letter to the UN mission and seen by The Associated Press.
The ministry said it hoped to meet with UN representatives to find “an optimal plan making it possible to facilitate the coordination and regulation of the rotation of contingents operating within [the UN mission]”.
Spokesman for the UN mission Olivier Salgado acknowledged the letter and said his organisation is ready for immediate discussions with Malian authorities.
“The rotation of the mission’s contingents is of crucial importance for its operational effectiveness and the morale of its uniformed personnel,” Salgado said.
“Everything must be done for its urgent settlement, especially since some of the staff concerned should have been relieved several months ago,” he added.
Mali’s ruling military government, which seized power in an August 2020 coup, has repeatedly butted heads with many of its traditional partners following sanctions on Bamako, condemnation over election delays, and Mali’s increasing security cooperation with the Russian mercenary Wagner group.
When the UN Security Council renewed UN mission in Mali’s mandate last month, Malian authorities pledged to defy UN calls to allow freedom of movement for peacekeepers to investigate human rights abuses.
‘Mercenaries’
Tensions have been high between Mali and the UN since Sunday, when 49 soldiers from Ivory Coast, including members of the special forces, were detained by Malian authorities.
Mali said the Ivorian soldiers did not have proper authorisation to come to Mali and accused them of being mercenaries.
Ivory Coast has called for the immediate release of the soldiers, saying that all agreed-upon communications were made for their arrival in the country under the UN mission.
On Monday, Malian authorities said they had received “four different versions” as to why the Ivorian troops were in the country.
Ivory Coast said the troops were sent to Mali to provide a supporting role for the UN’s peacekeeping mission and should be freed without delay.
Malian officials said their case has been referred to judicial investigators.
There has been no further word about the troops since. However, in what may be a move to defuse the showdown, the government on Thursday signalled talks with the UN mission over procedures for force rotations.
Chima Ugo is a patriotic Nigerian, a journalist, blogger and singer who is so much interested in the internet, journalism, and blogging and have been for half a decade.