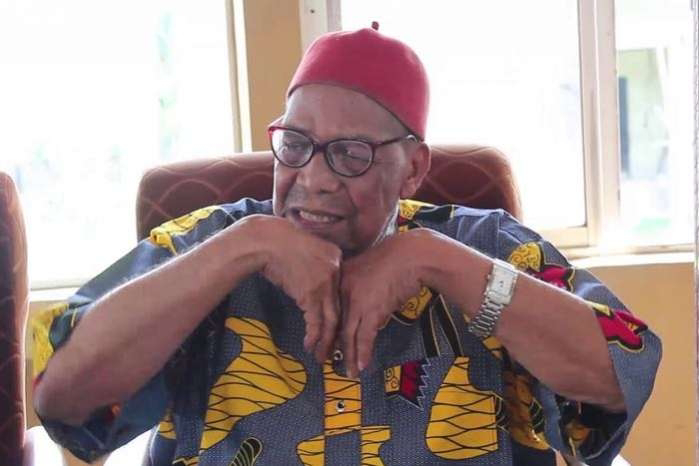 Elder Statesman and First Republic Aviation Minister, Chief Mbazulike Amaechi, on Thursday, said since 1999, Peoples Democratic Party, PDP, and All Progressive Congress, APC, have sunk the country into “the stinking catacomb of corruption, looting and religious-cum-tribal bigotry.”
He also accused the two parties of goofing in selection of their presidential candidates and running mates because of their insensitivity to the plights and needs of Nigerians.
Speaking with newsmen in his Ukpor home in Nnewi South Local Government Area of Anambra State, Chief Amaechi accused PDP of playing smart and cleverness by half in selecting its flagbearers, while APC presented expired drug to heal a patient that is near coma.
According to Chief Amaechi, “PDP acted without wisdom and foresight and threw away the principle of equity and balance in selecting a northern candidate who may be capable, but it is not his term and selecting a running mate exhibited cleverness by half.
“APC paid deaf ears to the cry of the nation. They suicidally fielded mono-religious flagbearers to rule a multi-religious nation,” warning INEC and the Supreme Court not to repeat what they did last time.
Describing Labour Party, LP, as a third force, springing up, and would appear that God now wants to openly act and save his people, he added that the emergence of Mr. Peter Obi and Datti Baba Ahmed ticket is an opportunity which God has given to the longsuffering people of Nigeria to save and take back their country, which has been economically and politically raped for many years.
Chief Amaechi’s statement read, “Sometime last week my attention was called by my Special Assistant, Sir Mortimor Mojekwu, that a particular pressman wanted an interview to ask my views on developments and situation in the country.
“In told them that I was just recuperating after nine days hospitalisation but would meet the press next week.
“I don’t know what questions you may ask, but to me the two most potent and current issues in the country now are the coming presidential election and growing spate of insecurity in the country.
“On the coming presidential election, I am no longer a politician but I cannot keep dumb when I see the country, which I gave my whole youth and blood to co-found being pushed to an irretrievable pit of disintegration and anarchy.
“Since the operation of the military imposed Constitution in 1999, two major political parties have ruled the country. They are PDP and APC.
“In their preparation for the 2023 presidential election, both parties have goofed in their selection of their presidential candidates and their running mates.
“Since their ruling the country in 1999, the nation has sunk into the stinking catacomb of corruption, looting and religious-cum-tribal bigotry.”
Chima Ugo is a patriotic Nigerian, a journalist, blogger and singer who is so much interested in the internet, journalism, and blogging and have been for half a decade.