Mixed Reactions to the Muslim Ticket for Bola Tinubu 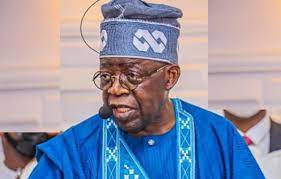 The choice of Senator Kashim Shettima, a former governor of Borno, as Bola Tinubu's running mate for the APC presidential ticket in the upcoming general elections, has continued to generate discussion on social media.
An outcry erupted when Bola Tinubu announced Kashim Shettima as his running partner on Sunday. Many people felt that a Muslim-Muslim ticket was inappropriate for a nation that is already split along religious, ethnic, and other lines.
African Examiner has summarised some of the opinions of the Twitterati below in response to the announcement of Senator Shettima as the running mate:
@AishaYesufu writes: “In 2014 APC toyed with Muslim-Muslim ticket. It was said then that Tinubu wanted to be Vice President. He let off his ambition because it would not fly. The same APC has gotten into power and grown wings and horns. Nigerians will clip those wings and horns Insha Allah.”

@joeljacob202 writes: “I am a Christian, my father is a Pastor, a popular one at that. I and my entire family are going to vote for Bola Ahmed Tinubu. My dad said he is not a religious bigot. He wants a better Nigeria and so he believe Tinubu is the man that can make it possible. Me I support my dad.”

@jrnaib2 writes: “President Buhari will conduct a free & fair election not because he want to leave a good legacy like what GEJ did in 2015, but to make sure Tinubu lose.”

@firstladyship writes: “Tinubu picked Shettima, making the APC a Muslim Muslim ticket. We are not voting for ethnicity or religion. We are voting for MERIT. We are voting against Corruption, ASUU Strikes, Hunger & Poverty, National Grid Collapses, Mad Insecurity, Crazy Inflation, etc. AM I MAKING SENSE?”

@Omojuwa writes: “Those that were going to vote @officialABAT before he chose his running mate will still vote him now he has chosen. Those that were never going to vote him need to make some controversy out of the decision. It’s just another day in the run-up to the election. It is what it is.”
Chima Ugo is a patriotic Nigerian, a journalist, blogger and singer who is so much interested in the internet, journalism, and blogging and have been for half a decade.