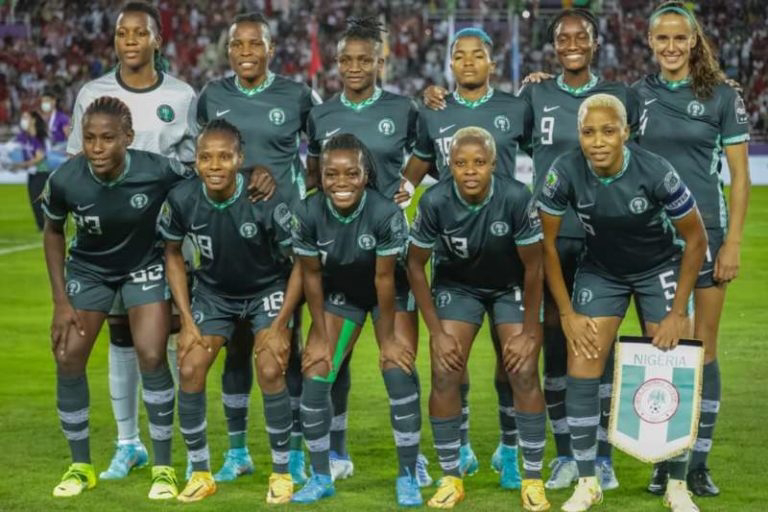 The President, Nigeria Pitch Awards, Shina Philips, has blamed the ouster of the Super Falcons of Nigeria from the on-going African Women Cup of Nations (AWCON) on tactical deficiency.
Phillips, in an interview with newsmen on Tuesday in Lagos, said the Super Falcons’ semi-final loss to Atlas Lionesses of Morocco was due to the team’s lack of structure.
NAN reports that Super Falcons were reduced to nine women by the 70th minute but held on to a 1-1 score line until they succumbed to a 4-5 penalty loss to the Moroccans.
Phillips said Super Falcons, nine-time AWCON winners of the competition, were not technically sound enough to defeat the home team that came with a script to snatch the much needed victory.
“There are many gaps in the team because they are not technically sound enough because they struggled right from the first game they lost to the South African team.
“The defeat was basically similar to the Super Eagles’ World Cup loss to Ghana. It means we are not always prepared for major tournaments.
“We need to face the reality and stop celebrating mediocrities; our past glories. We should know that we are no longer invincible in the female football circle,” he said.
Phillips said that the current Super Falcons were not world class team, hence the need to rejig the team.
“The current Super Falcons cannot give us what we need because the South Africans should not have beaten us if we had prepared.
“We have dominated in the past, but others are fast catching up because they put in structures and programmes for development.
“The loss in Morocco should be an eye-opener to the football administrators to return to the drawing board and find out where we have missed it.
“Nigeria also need to copy from the developmental programmes by advanced countries and make sure we developed our football to an enviable height,” he said.
Newsmen report that the Super Falcons of Nigeria will play a third place match against the She Polopolo of Zambia at the weekend.