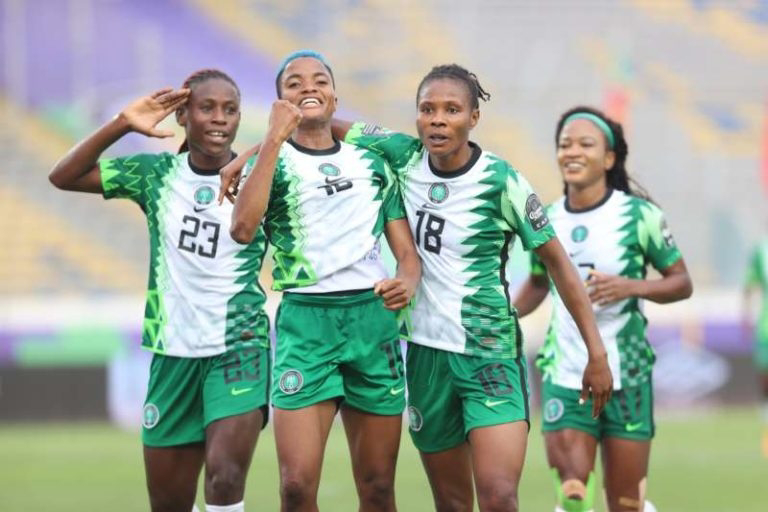 President Muhammadu Buhari congratulates Nigeria’s Female Football team, the Super Falcons, for qualifying for the Women’s World Cup in Australia and New Zealand in 2023 after their emphatic quarter-final victory at the ongoing Women’s Africa Cup of Nations (WAFCON) in Morocco.
Super Falcons, the record nine-time title holder and defending champions of WAFCON, triumphed 1-0 over Cameroon on Thursday night.
The President lauded the spirited performance of the team in the tournament and for maintaining its dominant posture as undisputed champions of the round-leather game and most successful international women’s football team in the continent.
Having won the tournament twice in 2016 and 2018, under this administration, the President assured the girls and their handlers that the whole nation is strongly standing with them and would continue to cheer them on until the final whistle in Morocco.
He prayed that the Super Falcons, who have produced some of the greatest African players in the history of the women’s game, would surpass their achievement in the last Women’s World Cup in 2019, where they advanced to the Round of 16, for the first time in 15 years.
Buhari also looks forward to the next generation of upcoming stars, who through hard work, discipline, resilience and determination, will one day win the World Cup for Nigeria.