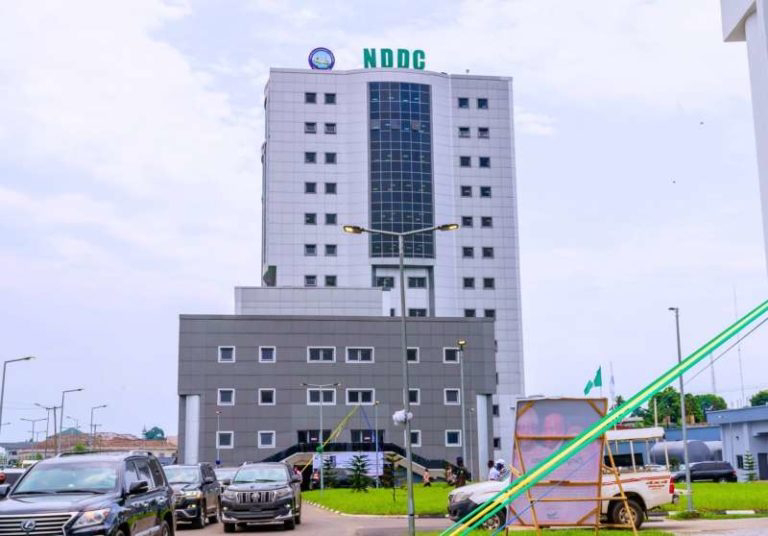 Niger Delta leaders have called on President Muhammadu Buhari to end the ongoing interim management of the Niger Delta Development Commission (NDDC).
The leaders, who gathered in a town hall meeting in Port Harcourt, Rivers State, at the weekend, said the deployment of an unconstitutional structure to manage the affairs of NDDC had worsened poverty in the region.
The leaders under the auspices of the Movement for Survival of Ijaw Ethnic Nationality (MOSIEND), Niger Delta Youth Organisation (NDYO) among others, insisted that the current structure had defeated the reasons for the establishment of the commission.
In a communique by the National President, MOSIEND, Kennedy Tonjo-West; President, NDYO, Jude Olayinka and others, the leaders asked Buhari to sack the interim management and appoint a substantive board for the commission.
They also called for the reversal of all employments in NDDC carried out under the former Minister of Niger Delta Affairs, Senator Godswill Akpabio, describing them as lopsided.
The communique said: “Mr. President should exhibit lawfulness and save the situation in the region and as a matter of urgency terminate the appointment of Barrister Effiong Okon Akwa and scrap the office of sole administratorship.
“The National Assembly should as a matter of expedience approve and authorise the release of all funds due the interventionist agencies like NDDC.
“The employments carried out under Senator Akpabio’s supervision be halted especially employments done within 2021 up until recently as the process was lopsided, inequitable and lacked due process. We want the incumbent minister to revisit the process.
“The NDDC contractors be paid for jobs done upon due verification to enhance development in the region. The Minister should review water hyacinth projects before payment”.
The stakeholders further condemned the “obnoxious” Water Resources Bill on the floor of the National Assembly alleging it was designed to exploit the Niger Delta region.
They urged the Minister of Niger Delta Affairs to mobilise contractors awarded the East-West road to site to complete the lingering project.
They said: “Minister of Niger Delta Affairs should compel Setraco and RCC to immediately mobilize to site for the onward repairs of the entire stretch of the East-West road particularly the Ogoni axis that has turned to a death trap as it had made the region lose monumentally.
“It was also agreed in the meeting that the minister of Niger Delta Affairs and his counterparts in the Ministry of Works and Housing should work together and bring to fruition this lingering road network to alleviate the suffering of the people of the region”.
They further urged the minister to convene a stakeholders’ summit with traditional rulers, stakeholders and youth leaders to understand the issues and poplems facing the region.
Chima Ugo is a patriotic Nigerian, a journalist, blogger and singer who is so much interested in the internet, journalism, and blogging and have been for half a decade.