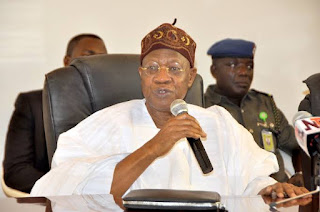 On Monday, Alhaji Lai Mohammed, the minister of information and culture, announced that Nigeria has signed a contract for the return of 1,130 Benin bronzes from Berlin, Germany.

Mohammed said that the bronzes were stolen from the historic city of Benin in 1897, 125 years ago, at the opening of The Art Hotel in Lagos.

He reaffirmed the Federal Government's commitment to bringing back the nation's treasured works of art to Nigerians.

"Let me reiterate our commitment to getting back our valuable artwork that was stolen from our nation.

"Our efforts in this area are beginning to pay off. We signed the agreement for the repatriation of 1,130 Benin bronzes, which were stolen from the ancient metropolis of the Benin kingdom in 1897, last week in Berlin, Germany. This figure indicates the solitary largest return of stolen artworks worldwide.

Without a doubt, the most sought Benin bronze medals returning to Nigeria will boost domestic tourism there, he said. (NAN)