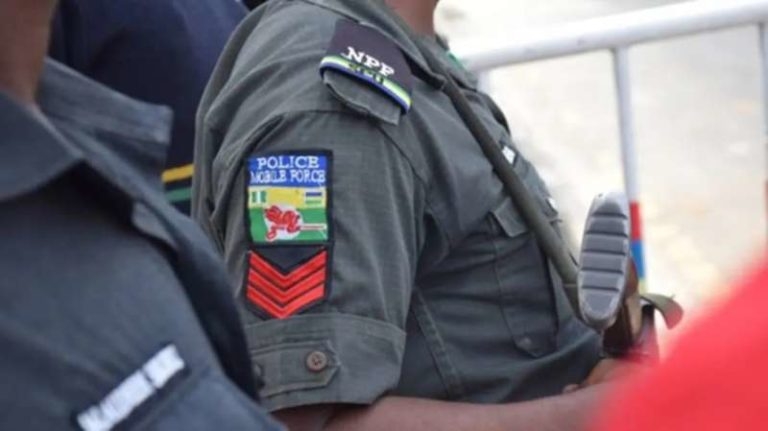 The Police have begun the enforcement of the ban on the use of spy police licence plate number across the country.
The Inspector-General of Police, Usman Alkali (IGP), Wednesday, announced the ban in Abuja, explaining that the measure was to forestall the continuous disregard for traffic rules in the country.
The force spokesperson, Olumuyiwa Adejobi, disclosed via a Twitter post on Thursday that the police have started enforcing the ban.
He said the police have have contacted some “VIPs” to ensure compliance.
“By the time we arrest their aides, they will adjust. The IGP personally started this (enforcement) yesterday in Abuja,” the force spokesperson tweeted.
Meanwhile, the Commissioner of Police in Anambra State, Echeng Echeng, has directed the enforcement of the ban in the state.
The police spokesperson in the state, Tochukwu Ikenga, who disclosed this in a statement on Thursday said the commissioner’s directive was in furtherance of the order by the IGP.
The Commissioner, Echeng, has established an enforcement team to ensure the recovery of all spy police licence number plates in the state, Ikenga said.
Echeng tasked area commanders and divisional police officers as well as other heads of police facilities in the state to support the enforcement team in carrying out the directive.
He said the order was part of deliberate measures aimed at strengthening internal security in the country as well as preventing disregard for traffic rules across the country.
According to him, the ban became necessary because some individuals hide under the privileges of spy police number plates to violate the laws guiding road-users.
The police commissioner urged residents of the state to ensure “voluntary compliance with the directives” to avoid being arrested by the police.
Chima Ugo is a patriotic Nigerian, a journalist, blogger and singer who is so much interested in the internet, journalism, and blogging and have been for half a decade.