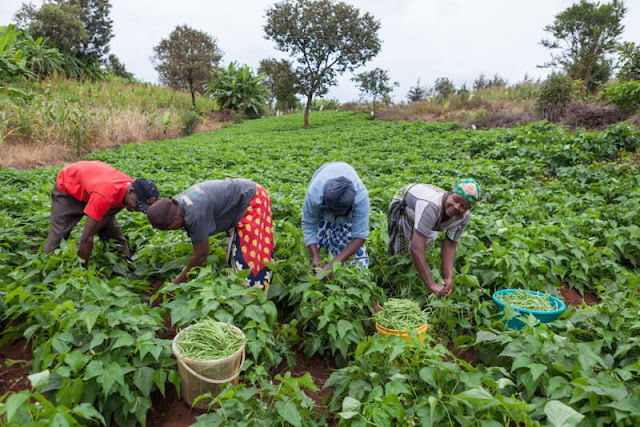 All Farmers Association of Nigeria (AFAN) has urged the Federal Government (FG) to set up a special task force to tackle insecurity as part of the plans to address food shortages.

Kabir Ibrahim, National President of AFAN, made the call in an interview with newsmen, in Abuja Friday.

He said there was a nexus between insecurity in many parts of the country and food security.

He said addressing the nation’s security challenges would go a long way in checking the skyrocketing prices of food items.

Ibrahim advised that the special task force should be made up of various security agencies and organisations in the country.

He said membership of the task force should include the National Security Adviser (NSA), the Director-General, the National Intelligence Agency (NIA), and the Heads of the army, Air force and Navy.

“The membership should also include Civil Defence Corps, the DSS, police, Miyetti Allah, the Federal Ministry of Agriculture and Rural Development, AFAN, Ministry of Communications and Digital Economy.

“Also, to be included in the team should be The National Assembly, Judiciary, the Christian Association of Nigeria (CAN), the Sultan of Sokoto; and youth and women leaders.

“The President should inaugurate this task force and charge it to come up with tangible results within a timeline of 12 weeks from the date of inauguration,’’ Ibrahim said.

The AFAN president advised that the task force should be under the direct control of the Food Security Council.

According to him, if this is done, insecurity will no longer hinder farmers from seamlessly accessing their farms.

“The issue of banditry and kidnapping should be addressed through non-kinetic means because it is obvious that the kinetic approach is not yielding very good results,’’ he said.

“Interventions by the African Development Bank and Development Partners among others were also witnessed.

“Unfortunately, the food sufficiency and the much-desired food security is still a mirage,’’ he said.

Ibrahim said the COVID-19 pandemic, and lack of synergy between stakeholders in the agriculture sector, among other challenges, contributed to the current weak food system in Nigeria, adding that they could be addressed through the task.
Chima Ugo is a patriotic Nigerian, a journalist, blogger and singer who is so much interested in the internet, journalism, and blogging and have been for half a decade.