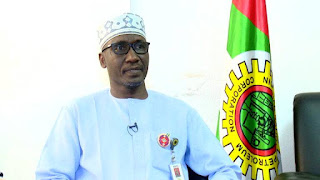 Mallam Mele Kyari, Chief Executive Officer of NNPC Limited, explained that the Federal Government's decision to keep the subsidy on petrol pump prices was social and economic in nature, and had nothing to do with politics.

Kyari, who revealed this during a Channels Television interview, stated that the subsidy policy has nothing to do with the corporation, noting that the new NNPC Limited would bill the government for handling the transaction.

He claims that the NNPC will purchase the product and sell it to the government, which will then distribute it to Nigerians.

"I don't see any political significance in this." The Petroleum Industry Act clearly states that deregulation will take place within a certain time frame. Deregulation is about pricing petroleum at the appropriate price, which is currently the case.

There are always social circumstances that influence the decision of the government and states to provide subsidies on specific commodities. Subsidies can be given to either production or consumption for a variety of reasons.

"The state has decided that it is not the right moment or timing due to economic considerations to withdraw that subsidy because we would be transferring a number of significant costs to consumers, which would ultimately impact inflation and many other incoming social considerations."

"We completely understand this, and with the benefit of hindsight, we have seen major democracies and first-world countries implement what is clearly a subsidy."

For example, when you remove a tax from petroleum, you are simply reintroducing a subsidy."

Kyari blamed ongoing supply disruptions on rising downstream operating costs, assuring that the government was working with stakeholders to resolve the issues.

"Despite the N10 increase in freight rates, suppliers are still unable to meet their total cost," he added.