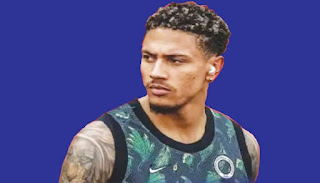 The Watford goalkeeper, Maduka Okoye sees a lot of improvement in the team throughout preseason, but he also acknowledges that the Hornets need to get better before the start of the new English Championship season, according to PUNCH Sports Extra.

Okoye transferred from Dutch team Sparta Rotterdam to the Hornets last season, but he spent the remainder of the season playing in the Eredivisie. He finally joined his new team last month.

Okoye thinks that Watford's sense of camaraderie could help the squad succeed next season after they were demoted from the Premier League last year.

Nigerian international Okoye remarked, "I think it was fairly challenging in the beginning which is natural because this is new for us.

We'll find a way to get back up. You can tell that we improved significantly in the second half and made huge progress.”

There are humorous guys and positive feelings here, so I've already had a terrific time. We feel linked to the other players and the staff, and I'm adjusting well, so I believe that's crucial.

The former Sparta Rotterdam goalkeeper also admitted that he enjoyed his time in Austria with the Golden Boys, where they bonded through rigorous training and enjoyable off-field activities.

It's been great, Okoye said on the Watford Website.

There are humorous guys and positive feelings here, so I've already had a terrific time. We feel linked to the other players and the staff, and I'm integrating extremely well, so I believe that's crucial.

We put in a lot of effort, but we also enjoyed ourselves, smiled, and made progress. We have returned and are continuing our diligent job.

The Hornets have lost twice and drawn once with Okoye in goalpost.

On August 1, Watford hosts Sheffield United to begin their campaign.