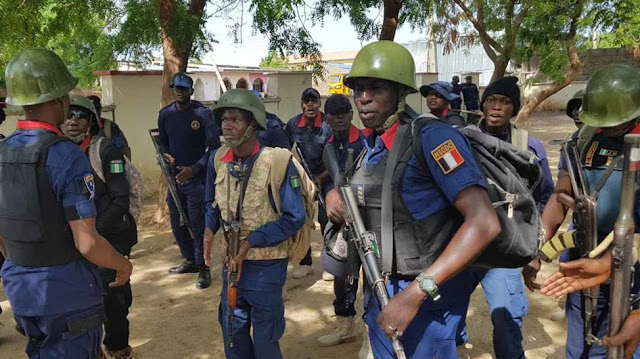 To provide security for the governorship election in Osun on Saturday, the Nigeria Security and Civil Defence Corps (NSCDC) has sent out 11,226 troops.

Olusola Odumosu, the NSCDC's public relations officer, said this in a statement on Thursday in Abuja.

He said that Ahmed Audi, the Commandant General, had given his approval for the deployment.

All 3,763 polling locations and collation centers across the state, according to Odumosu, would be secured by the personnel.

He claims that the national headquarters, Osun, Ondo, Ekiti, Oyo, Ogun, Lagos, Kwara, Kogi, and Edo states are represented among the deployed personnel.

He added that the personnel had attended different courses on election best practices and was familiar with the Electoral Act's provisions prior to the deployment.

"As a result, throughout the election, operators must adhere to the Operational Code and Standard Operating Procedure of the Corps and show professionalism and a strong sense of discipline.

In order to ensure a smooth operation and prevent voter intimidation or molestation by hoodlums or party thugs, he declared, "This robust operational order has been triggered."

According to Odumosu, undercover agents from the national headquarters were used in the election for clandestine operations.

The Deputy Commandant General in charge of Operations, Dauda Mungadi, has been given the responsibility of supervising the election by the CG.

Additionally, Audi ordered Philip Ayuba, the Commander of Zone J, Fasiu Adeyinka, and Oliver Ugwuja, the Commandant of Special Duties, to serve as field commanders in each of the state's three senatorial districts.

In order to tackle attempts to vandalize crucial government assets, the CG also announced the deployment of the corps' Anti-Vandalism Squad, Critical National Asset Protection Unit, and other special troops to vital places.

Audi reaffirmed the corps' willingness to collaborate with sister organizations to ensure a crime-free environment, ensuring that qualified voters can exercise their constitutional rights without interruption.

Instructing the troops to avoid politics activities, he issued a warning that anyone found engaging in unethical behavior would face consequences.

In case of an emergency during the election, Audi asked the public to call the corps' operating hotlines.