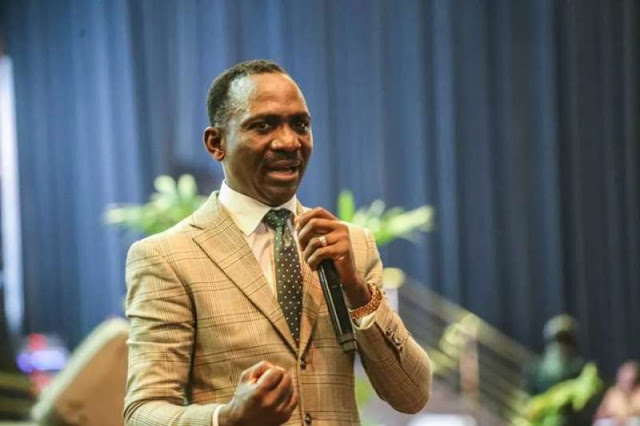 The General Overseer of Dunamis Church, Pastor Paul Enenche, has said that Nigeria is under witchcraft spell and national bewitchment.

He said that the height of abnormality in Nigeria had gone so off handle that “even a blind man knows that something is wrong”.

Pastor Enenche who made the remarks in Abuja while leading his congregation in prayers for the nation said that Nigerians “are suffering and smiling”.

He blamed the situation of Nigeria on the invocation of demonic spirits by wicked leaders who desperately want to control the political space at all cost.

According to him, Nigerians are under spell, hence some are ready to die for wicked and insensitive leaders who care less about their existence and well-being.

” People in high places of authority can go to any length. They can rent herbalists and put them in aircraft and move round the country on aircraft and move around the air to cast spell on the whole nation so that when it’s time to vote people will not know what they are voting.

He lamented that politicians had mortgaged the future of the country such that generations unborn already have a gloomy future yet the populace feel that all is normal.

Pastor Enenche said that the leaders of the country had failed woefully.

” It’s a blatant failure. That you left something worse than you met it. Is that success? If you know how much Nigeria is owing, you will know nothing is left.”

The no-nonsense preacher of holiness prayed for the expiration of every spell cast upon Nigeria and Nigerians to suffer without complaining.

He urged Christians to sustain prayers for the expiration of every national bewitchment and projection of satanic spirits upon the country until Nigerians take back their country from the political hawks.