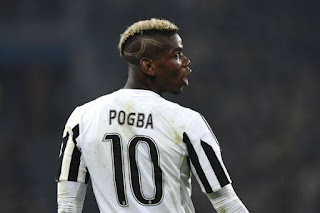 New Juventus signing, Paul Pogba, is among the top earners in the Italian Serie A.

Pogba officially joined Juventus on Monday on a free transfer after his contract with Manchester United expired this summer.

According to Tancredi Palmeri, Pogba will earn £6.3 million a year, placing him fifth on the Serie A top earners list.

The midfielder is on par with Romelu Lukaku, who returned to Inter Milan on loan this summer after failing to make an impression at Chelsea.

Dusan Vlahovic and Angel Di Maria of Juventus are listed below Pogba and Lukaku.

Aaron Ramsey, a standout for Juventus, is among the top 10 earners.

The remaining two players in the top 10 are Kalidou Koulibaly of Napoli (£5m) and Lautaro Martinez of Inter Milan (£5.2m).