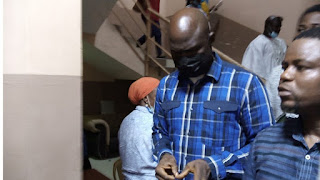 On Thursday, Princess said on her Instagram, "God is not a man."

On June 24, 2021, the actor appeared in court. Six prosecution witnesses gave testimony against him during the trial.

Princess shared a video of herself singing along to a song of thanksgiving shortly after the judgment.

The Lagos State Directorate of Public Prosecutions brought the allegations against him (DPP).