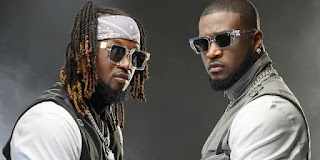 P-Square, a legendary musician from Nigeria, has announced that their new singles would be released in four days.

"In 4 days, PSQUARE 2 will reveal 2 brand-new singles! And naturally, it will be released in July. Prepare to dance by updating your playlist and putting on your dancing shoes. #PsquareSeason." It says in the tweet.

Fans have been eagerly awaiting the release of new music from the duo ever since they announced their unceremonious breakup and subsequent reunion.