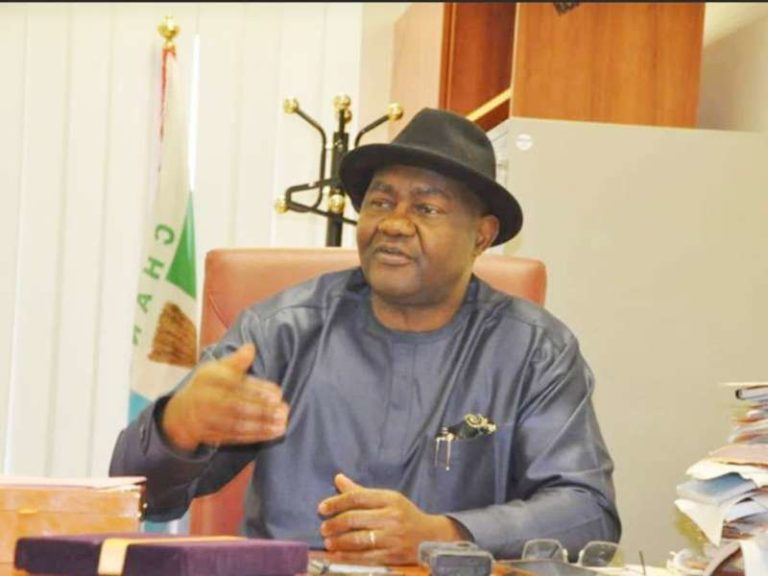 Former representative of Rivers South-East at the National Assembly, Senator Magnus Abe, has said he is searching for a political platform to actualise his governorship ambition in 2023.
Abe, who dumped the All Progressives Congress (APC) but declared support for the party’s presidential candidate, Asiwaju Ahmed Tinubu, said the Rivers APC lacks the capacity to deliver electoral expectations of its members.
He said: “But, rather than stay and continue to waste the time of Rivers people with APC that has not shown any capacity in Rivers State to be able to overcome any challenges and deliver on the electoral expectations of its members;
“I have decided to go and do what a politician should do, which is to look for a platform that will give me the privilege and the opportunity to fly their flag and present myself, my ideas and our commitment to the people of Rivers State, that’s where we are.
“The future of our state is important to all of us. 2023 elections present us with a unique opportunity to come together as Rivers people and forge a future that guarantees hope, prosperity, opportunity for us and our children and that’s what I’m coming to do”.
Abe in a statement on Monday by his Media aide, Parry Benson, said Rivers Governor, Nyesom Wike, could not impose a governor on the people.
He said: “If the President of Nigeria, who is more powerful than the governor cannot decide who will be the next President to succeed him, then the governor of Rivers State will not decide who will succeed him.
“That issue will be decided by the people of Rivers State. And let me also quote the governor himself; he has said on different occasions that he will allow the people of Rivers State to decide his successor and I know him as a man of his word.
“I believe that he will do everything possible to create an atmosphere in which those who are interested in succeeding him regardless of their political party will have a fair chance to contest”.
The senator stated that he has very bright chances of winning the 2023 governorship election in Rivers State, considering the fact that he has never lost in any election in the state before.
He said: “What chances do I have in the state? Very bright chances. I always win elections. I don’t lose elections in Rivers State. The contest is always tense because the contest of power is always tense but somebody must win.
“The important thing is that we should allow the people of Rivers State to decide. I am ready to abide by whatever the people of Rivers State will decide. I am ready to submit myself. I don’t even want to lead a people who don’t want me to lead them, because the kind of dreams and visions that I have for my state is such that I need the people to work with me for us to be able to achieve anything.
“So if they don’t choose me and I impose myself on them, I know that the plans we are making will not work because I need their support and I need them to work with me. I don’t want to be a leader who is going to where the people are not going. So I don’t even want to be the governor without the endorsement and strong support of Rivers people.
“So, I am presenting myself to them; I will tell them the plans we have. I will tell them what I think we can do with the state. I will tell them where I think we can be going to and if they are interested in coming with me, then we will go. If they are not interested, it’s not a problem”.
Chima Ugo is a patriotic Nigerian, a journalist, blogger and singer who is so much interested in the internet, journalism, and blogging and have been for half a decade.