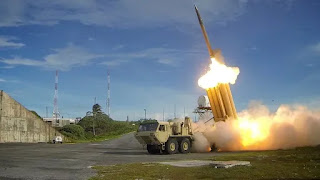 At least 22 people, including three children, were reportedly killed in the fatal missile assault on Vinnytsia on Thursday, according to UN Secretary-General Antonio Guterres.

The incident left more than a hundred people injured, according to sources.

According to media reports citing Ukrainian authorities, cruise missiles fired from a Russian submarine in the Black Sea hit residential and office buildings in Vinnytsia.

The Secretary-General underlined his appeal for accountability for such crimes and strongly condemned any assault on people or civilian infrastructure in a statement released by his spokesperson, Stephane Dujarric.

He declared that he was "appalled" by today's missile attack on the Ukrainian city of Vinnytsia.

Part of the statement said: "The Secretary-General reiterates his appeal for accountability for such crimes and condemns any strikes against people or civilian infrastructure."

And meanwhile, strikes in Zaporizhzhia, Mykolaiv, and several locations in the eastern Donetska region have reportedly resulted in injuries and damaged civilian infrastructure over the previous 24 hours.

According to Ukrainian authorities, only five liters of potable water are provided to each citizen each week in Mariupol, according to Haq.