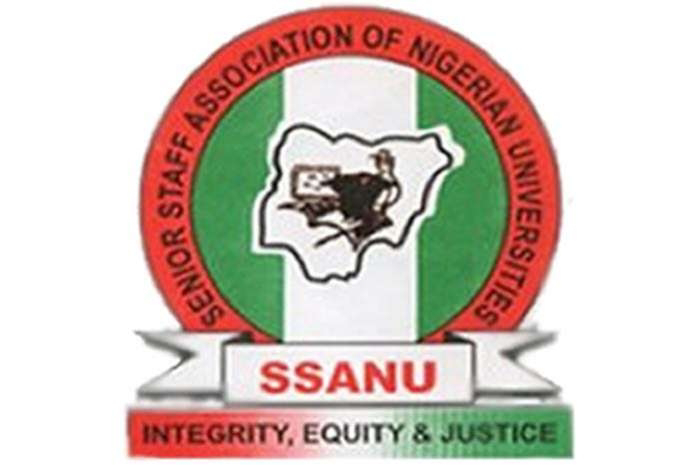 The Senior Staff Association of Nigerian University (SSANU) has warned the Committee renegotiating the 2009 Agreements for university- based unions against any disparity in their condition of service.
The union said it would not accept any disparity in University staff salary, vowing to take every legal action to ensure that such didn’t happen.
National President of SSANU Comrade Mohammed Ibrahim stated this in a statement in Abuja on Tuesday on the alleged proposed salary disparity by the Nimi-Briggs Committee for the university staff.
He commended President Muhammadu Buhari for his intervention in the ongoing strike embarked upon by the university based unions.
He also commended the Minister of Labour and Employment, Senator Chris Ngige for what he described as Ngige’s dexterity in ensuring that all university-based unions are carried along in the renegotiation exercise.
Ibrahim said: “We have read in the media that there is a proposal for the review of salary for University staff with a differential of teaching staff taking between 108 to 180 percent and unreasonable of 10 percent for non teaching staff.
“We are shocked to read that the Nimi Briggs Committee has submitted a report to the government while we only met with them twice. To say the least, SSANU is not happy with the pace of work in that committee.
“While we only met twice with them, we are aware that they have met with the teaching staff not less than ten times. We are surprised how the so-called percentage was allocated to non teaching staff. We have not had the opportunity of discussing salary review with them because the committee stated that they have not gotten the approval of their principal to discuss that.
“We are seriously shocked and taken aback by the media report that a certain miserable, unacceptable percentage was recommended to non teaching staff. We therefore advise that that committee should as a matter of urgency, conclude renegotiation with us.”
The SSANU boss told the committee to immediately reconvene to conclude the assignment given to it by discussing frankly and truthfully the 2009 renegotiation document presented to it.
Warning that the non teaching staff would not take it likely any attempt to have different payment table for staff, he said: “This is because the university system is a universal system comprising two broad categories of staff, the teaching, and the non-teaching staff and the salary consideration has always been the same except for allowances.
“Therefore, any attempt to give preferential treatment to any group will not only be unfair but unjust and inhumane.
“The way the university operates, we are all in the system because of the students, the students are the most important stakeholder in the university project. Therefore, while the teaching staff is busy imparting knowledge to the students, the non-teaching staff have the responsibility of molding the character of students through the provision of a conducive and secure atmosphere and that is why at the end of any student graduating degrees are awarded to students if they are found worthy in character and learning. The teaching and nonteaching staff play complementary roles in making the university.
“There is no university community that can operate successfully without the two categories of staff.
“For us, that story remain a rumour but if there is any truth SSANU will resist it with any possible legal means available to us.”
Commending Senator Ngige for the role he has played in handling the negotiation of the 2009 Agreement, he said: “SSANU is happy with the dexterity of the Minister of Labour and Employment in ensuring that all university-based unions are carried along in this renegotiation exercise.”
Chima Ugo is a patriotic Nigerian, a journalist, blogger and singer who is so much interested in the internet, journalism, and blogging and have been for half a decade.